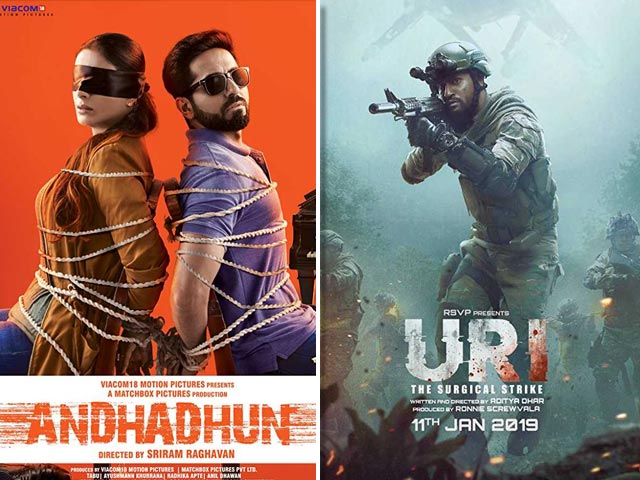 Every year we eagerly wait for the prestigious National Film Awards. These awards are not given via popular opinion but through the judgment of jury members comprising of seasoned artists. Earlier today, the jury members submitted their report to Information and Broadcasting Minister Prakash Javadekar with their final award recommendations.

This is India’s 66th National Film Awards and it was held today at Shastri Bhawan in New Delhi. We have some very welcoming news when it comes to the award announcements. So, a total of 31 awards were announced in the feature film category and 23 awards in the non-feature film category.

The most exciting of ALL the awards was the best actor award. And it wasn’t the award itself that made it so interesting and exciting but it was the winners, yes, winners with a ‘s’. We had two winners sharing the award of best actor. These are the two men who have been ruling the hearts of every Indian recently, either with their performance or with just the way they are. (Hot!)

So the best actor award was shared by none other than Vicky Kaushal and Ayushmann Khurrana for their performances in ‘Uri’ and ‘Andhadhun’ respectively. Super cool, right? There’s more.

Yeah, so I was saying there’s more. Sriram Raghavan’s murder thriller ‘Andhadhun’ won the award for the Best Hindi movie. This one was extremely well deserved! The film featured Tabu, Ayushmann Khurrana, Radhika Apte and Anil Dhawan in key roles.

‘Andhadhun’ is not the only Ayushmann Khurrana that bagged important awards. The beautiful and super entertaining film ‘Badhai Ho!’ wasn’t so far behind! Surekha Sikri’s performance in ‘Badhaai Ho’ won her the award for Best Supporting Actress!

‘Badhaai Ho’ also won the Award for a Film Providing Wholesome Entertainment! It is like this award was actually named after ‘Badhai Ho’. There’s more good news for the movie ‘Uri’ as well. Aditya Dhar won the Best Director award for the film. We did see some phenomenal direction in that movie, didn’t we?

Other important awards included- National Award for Best Film won by Gujarati movie ‘Hellaro’, National Award for Best Actress won by Keerthy Suresh for the Telugu film ‘Mahanati’, best Supporting Actor award won by Swanand Kirkire for Marathi film ‘Chumbak’, and the Best Film on a Social Issue won by ‘Padman’. Oh and, Uttarakhand was given the award of “the most film-friendly state”.

Let us know what you think about the awards? Who would you have rather given the best film or the best actor/actress award? Let’s talk!