For all the movie buffs out there, there is a great news. You are all set to have a smashing October with innumerable hits coming your way sooner than you can imagine. With amazing movies releasing in October, both in Hollywood and Bollywood, you will definitely be left spoilt for choices. Save all your dates for the brand new releases that are soon to hit your nearest theatres. The upcoming movies are going to entertain you on all fronts, namely, action, drama, comedy, thriller, and romance. We will have veteran actors as well as the amazing newcomers to entertain us with their immense talent. So do not miss out on any of the movies, as we present to you the list of brand new releases coming up in October.

For The Love Birds – Jalebi: The Everlasting Taste of Love

This upcoming romantic drama movie is directed by Pushpdeep Bhardwaj and stars the famous video jockey, Rhea Chakraborty. We have the debutants Varun Mitra and Digangana Suryavanshi in the lead roles. This Indian drama is said to be the remake of the famous Bengali movie, Praktan (2016), with the favorite Bengali on-screen pair, Rituparna Sengupta and Prasenjit Chatterjee. Whether this Hindi remake will have a place in our hearts is a thing of much anticipation. This movie is produced by Mukesh Bhatt and Sakshi Bhatt and is all set to release on 12th October 2018.

The Mom As Her Son’s Batchmate In Helicopter Eela

This October get ready to catch your favorite star from the 90s, Kajol in a brand new role in her brand new movie, Helicopter Eela. The trailer of Helicopter Eela, with Kajol starring opposite to Tota Roy Chowdhury, has received great acclaims for its beautiful concept. The movie, directed by Pradeep Sarkar, and produced by Ajay Devgn, Dhaval Jayantilal Gada, and Akshay Jayantilal Gada, is about to hit the theatres on 12th October.

Who’s Congratulating Whom In – Badhaai Ho

The Vicky Donor of Bollywood, our very own Ayushmann Khurrana, faces tremendous embarrassment as he comes face to face with the “good news” of his mother’s pregnancy. This movie will indeed make you go “rolling on the floor laughing” with the peppy numbers and the hilarious storyline, and will probably open us up a bit about discussing sex with parents. The movie stars the famous Neena Gupta as Ayuushmann Khurrana’s mother. This movie is directed by Amit Sharma and will be releasing on 19th October.

The Journey Of A Budding Musician – A Star Is Born

This film features the apple of our eyes, Bradley Cooper, along with the rocking Lady Gaga. The film shows how a musician helps a young singer and actress in her journey towards fame and glory, while himself succumbing to alcoholism. This movie will be releasing on 12th October.

This American horror comedy, directed by Ari Sandel, is a sequel to 2015’s movie, Goosebumps. Both the movies are based on R.L Stine’s series of horror stories of the same name. This movie unravels a series of destruction to be taking place on Halloween night and is going to hit the theaters on 12th October.

This American action thriller film will send a chill down your spine. This is one of those war movies that involve all the suspense, thrill and drama you need. Starring Gerard Butler, looking his best as always, this Donovan Marsh movie will release on 26th October.

Wondering what to watch out of such an intriguing list? Well, hurry. You don’t have much time. 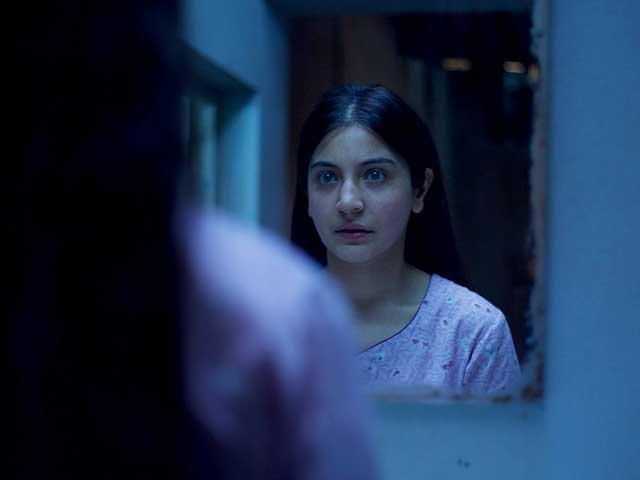 Here’s Yet Another Screamer From Anushka Sharma’s Pari