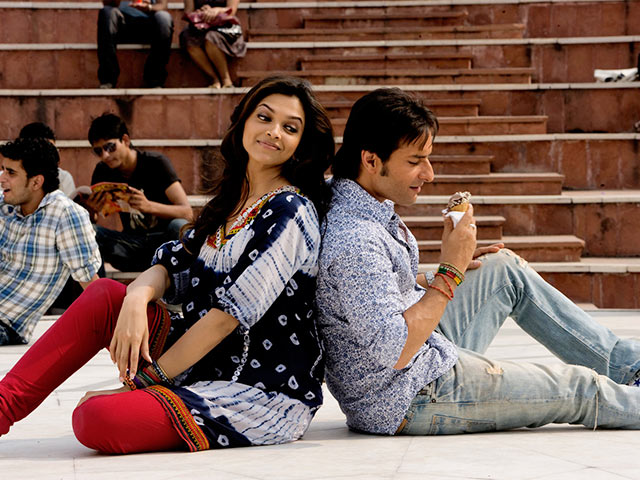 For a long time, Bollywood movies have followed this cliched pattern of love stories where the loving protagonists are somehow separated by the villain but love wins at the end, defeating all the opposing forces. But in the past decade or so, several filmmakers have tried and broken out of this obvious mould of storytelling to explore newly emerging equations in love relationships between people. And with our changing faces of relationships these days, we can very well relate to these stories. Who doesn’t remember “Love Aaj Kal” where for the first time we saw a happy break-up between the lead characters?

Here’s a handful of few more such movies where we see relationships portrayed in a more realistic and contextual manner:

Directed by Maneesh Sharma, in this movie, Shruti Kakkar (Anushka Sharma) and Bittoo Sharma (Ranveer Singh) start a wedding planning business in partnership, but their flourishing company suffers and so do they themselves, when they make the mistake of mixing business with pleasure. Even though they end up together (it’s Bollywood after all), there are subtle but sure hints of the changing urban mentality around love and relationships throughout the movie. For example, Shruti is perhaps one of the very few women characters in Bollywood whom we hear saying she does not want to date Bittoo because there is no space for personal emotions in her professional life; or, when we see Bittoo not in love with Shruti despite of having sex with her, the idea of casual hookup is very quickly inserted in the plot.

This movie is a milestone in Bollywood for many a reason but perhaps the most for being a right step taken towards inclusive representation. Laila (Kalki Koechlin), a girl with cerebral palsy, is seen exploring her sexuality throughout the movie. She is in a love relationship with Khanum, a fierce woman activist but also feels attracted towards a guy named Jared. She ends up hooking up with Jared, only to regret it and Khanum eventually leaves her for cheating on her. For an industry that grabs any chance to use LGBTQ attributes as insensitive comic relief, this movie dealt with the tricky topic of bisexuality in the most mature manner.

Even though not a commercial success, this movie is a first in its portrayal of the relationship between the two characters Kia (Kareena Kapoor) and Kabir (Arjun Kapoor), for addressing both the age gap between the older woman and the younger man as well as the reversal of the stereotypical roles attached to the woman and the man in a marriage. The character of Kabir is a stay-at-home husband by choice, while Kia is a highly career-driven woman who knows no bounds when it comes to pursuing her dreams. But the relationship is made even more realistic with the tinge of jealousy and ego-clash involved.

It’s obvious that the directors have to adapt themselves with the changing tastes of the audience. Thus we have lesser fairy-tale like love stories and more practical and relevant plots, which include movies like Ae Dil Hai Mushkil (2016) or Tumhari Sulu (2017) or the upcoming Sonu Ke Titu Ki Sweety (to be released on 23rd February 2018).

Read Also: 7 Inspiring Bollywood Movies That Will Fire You Up With Motivation