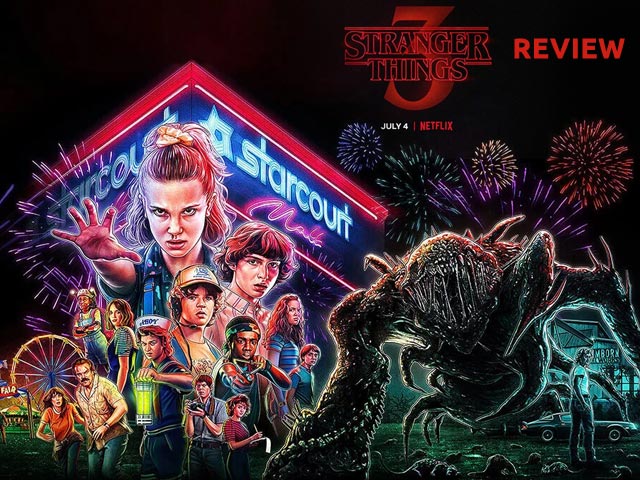 The characters are getting older and getting used to the idea of growing up and becoming teens, puberty, and the changes that come with it. They all try to understand each other as they cope with their lives over a Summer that will change their lives. The narrative moves smoothly from the last season but at the same time there is a newness and freshness to the season.

While there are new relationships taking place, there are references of the old familiar ones which we hoped to see develop further. The season gives us a glimpse of the 80s with a whole lot of references like Die Hard, Terminator, Back to The Future, New Coke etc.

The fact that the socially awkward Eleven and the clueless Mike are going out brings some comic relief to the season and their relationship plays a huge role. Jim is struggling with fatherhood and Dustin comes back from a vacation and tells his friends he has a new girlfriend. Basically these kids have moved on from playing video games and eating ice cream to more complex stuff like sex and romance! David Harbour and Winona Ryder’s characters have a lot more to do in season 3 than they did in season two.

There is more CGI in Season 3 and the budget seems to have got bigger. There is far more action sequences too in Season 3 as compared to the other two seasons. The Summer setting actually works for the show and the third season looks like a blockbuster.

The eight episodes of Season 3 is sure to keep you at the edge of the seat, shock you and make you cry.