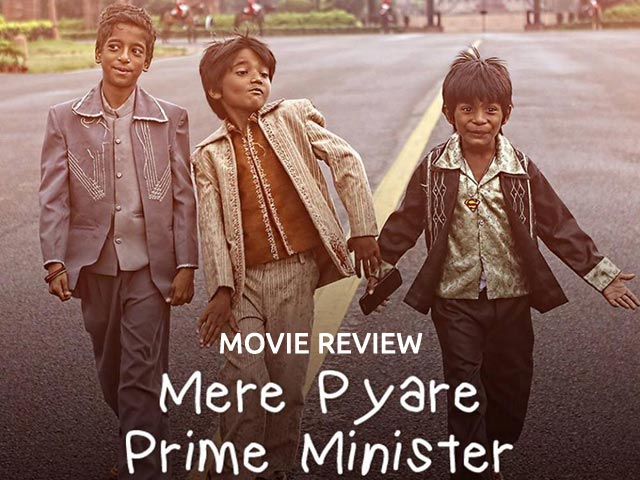 It’s an issue that has been brought forward before in Akshay Kumar’s Toilet Ek Prem Katha, but Mere Pyaare Prime Minister is still very refreshing and moreover what’s surprising is that there are no big stars associated with this film. The film is through the eyes of a bunch of children.

Mere Pyaare Prime Minister is about a young boy’s plea to the Prime Minister of India. Kanhu(Om Kanojia) lives in the slums of Mumbai, and his life takes a serious turn after his mother, Sargam (Anjali Patil), gets raped while she’s out to answer nature’s call. Kanhu raises the issue of open defecation and his one mission in life is to build a toilet for his mother.Kanhu writes a letter to the Prime Minister asking him what he would have done if his mother had to face something similar. He then proceeds to the Rashtrapati Bhavan all dressed in his Sunday best thinking the Prime Minister lives there! It’s an absolutely adorable scene.

However, that’s not all, the film is about a heart-warming relationship between the mother and her young son.The film also raises issues of the safety of women in our country. What’s also interesting is that this slum has everything from a fridge, TV to a smartphone but no toilet! That sums up the pathetic situation in our slums.We never realize the problems of people living in the slums, the film is sure to make us sit up and notice these issues.

What is heartwarming about the film is that an eight year old child is challenging the highest authority in the country! Om is sure to effortlessly win hearts with his brilliant acting skills and his innocence. My favorite scenes in this Rakeysh Omprakash Mehra film is when Kanhu tries to uplift his mother’s mood after she has been raped, the scene tugs at your heartstrings. Another scene where Kanhu along with his two friends, dressed in suits walks up the the Rashtrapati Bhavan and salutes the guard and says, “Jai Hind! Desh ke Prime Minister yahan pe rehte hai?”

Watch the film for the brilliant performance and effort by the child actors!