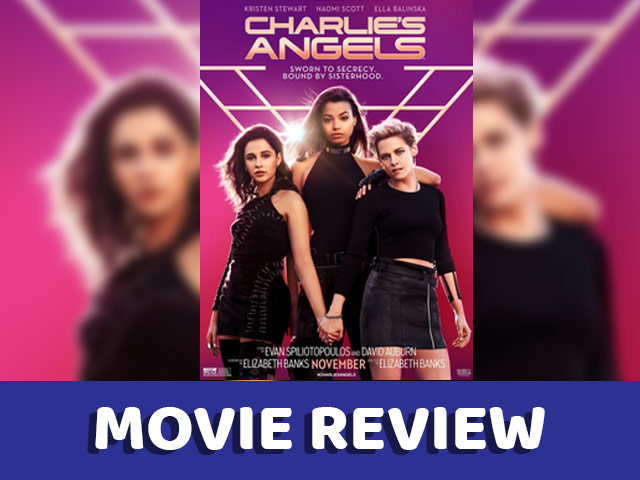 Unlike the two-part series that came in 2000 and 2003 respectively, where Daiz, Barrymore, and Liu had had a chemistry strongly set, here the Angels are assembled on demand for each mission guided by a Bosley. Which is played by Patrick Stewart, who’s supposedly be the first Bosley, which was then played by Bill Murray.

Naomi Scott, who’s a young systems engineer blows the whistle on a dangerous technology, which opens a pandora box, which thus forms the plot for the new series of Charlie’s Angels with Kristen Stewart and Ella Balinska as Angels. They are now under the tutelage of a Rebekah Bosley played by Elizabeth Banks, who has also directed this flick.

The plot goes on to add Naomi Scott as a circumstantial Angel who gets a piece of action in the crossfire between people planning to neutralize her and weaponize a new age energy technology that she helped develop.

If you are a fan of the prior series and are trying to see a continuation, then brace yourself. This is clearly a reboot and not a continuation. We get a completely new take on the nuances. Earlier Angels (Diaz, Liu, and Barrymore) were known for their martial art skills and swift moves to fight rouges without guns and barrels. But the 2019 Angels have completely upgraded themselves with guns, gadgets, and sniper rifles albeit with some non-lethal consequences.

The plot chronicles the world from Rio de Janeiro, Berlin to Istanbul chasing suspects and fighting saboteurs. Has the right mix of intrigue with inside job, ghost like assassins, high octane car chase and deceptive ploys.

“Don’t Call Me Angel” the soundtrack by Ariana Grande, Miley Cyrus, and Lana Del Rey add a peppy beat to the fights and drama.

Kristen Stewart’s childlike expressions and quirks adds perfect punctuation right between explosions and gun fights. The director in Elizabeth Banks doesn’t fail so bad, but neither does it keep your gripped like a James Bond movie.

Charlie’s Angels 2019 is a fresh attempt at rebooting a perfectly made installments. Judged by its own merits, it delivers a fun evening of entertainment, comedy and action.