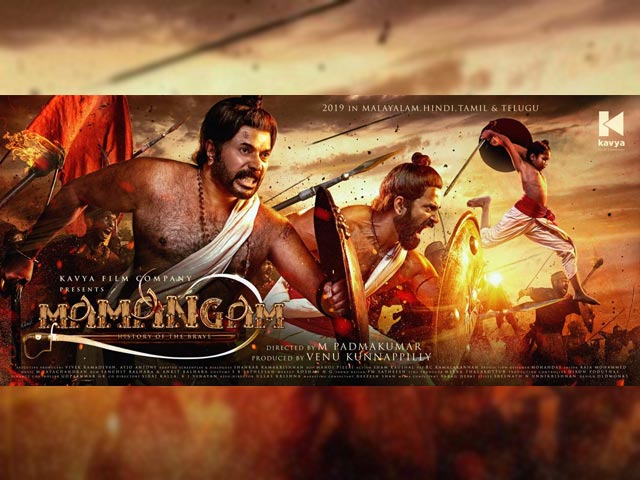 Three time National award winner, and a superstar, Mammootty might have done over three hundred films in his career but he’s never done a film as big as the one he has just signed.

That’s not all, this will be the first Malaylalam film to be released in four languages- Malayalam, Tamil, Telugu and Hindi. This movie is one of the biggest and one of the most expensive movies made in Malayalam cinema and is set in 1695. The film will showcase a story of one great real hero and one glorious unknown hero.

With action sequences choreographed by Sham Kaushal, the film is said to have a wide action sequence, of the oldest Indian martial art Kalaripayattu. Mamangam is directed by M. Padmakumar and is produced by Venu Kunnappilly of Kavya Films. Besides Mammootty, the film also also stars Achutan, Sudev Nair, Sidhique, Unnimukundan, Sureshkrishna and Manikkuttan.

What Does The Title Mamangam Mean?

Mamangam seems to have begun as a temple festival, like the Kumbha Melas at Ujjaini, Prayaga, Haridwar and Kumbakonam. Mamangam was a religious festival which was held once in 12 years at Thirunavaya, on the banks of Bharatapuzha in Kerala. The five day long celebration saw a massive crowd and for 280 years, fierce battles were waged by a few men against a mighty king during Mamangam.

Sounds like an interesting film doesn’t ? The film is slated to release in the last quarter of 2019