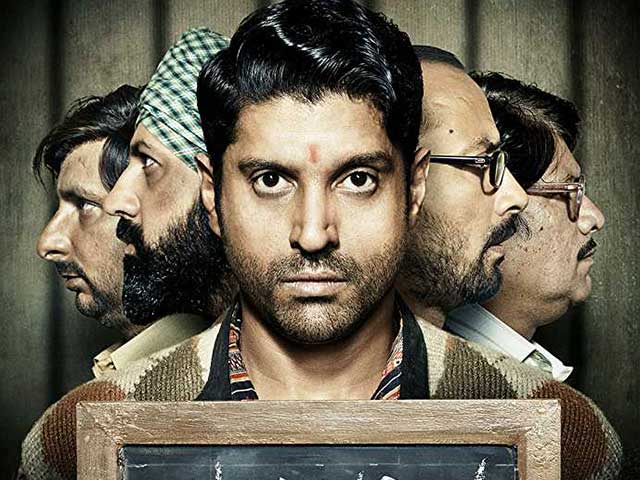 I walked into the theatre with no expectations as we had watched a film with a similar plot just a few weeks ago. It was a known fact that the story was kind of the same about a prison break and a band of boys in jail. But debutant director Ranjit Tiwari’s Lucknow Central came as a pleasant surprise.

Lucknow Central starts out with the story of an aspiring singer Kishen (Farhan Akhtar) who is falsely accused in a murder case and sent to Lucknow central jail and soon moves on to become the story of four other prison inmates; Deepak Dobriyal, Rajesh Sharma, Imaanuhaq and Gippy Grewal who form Farhan’s band in jail are a bundle of talent. The stories of each character have been weaved brilliantly. This is one prison drama unlike any other Bollywood film, minus an annoying item number and also a hero who is less of a macho man and all heart.

The first half establishes all the actors in the film, including the cruel jailer, Ronit Roy, Ravi Kishen as the minister who mouths witty dialogues and Diana Penty as a reporter who helps Farhan with his dream to form a band. There are some scenes in the first half which don’t make much sense, like when Farhan takes out a packet of Nirod from his pocket when the jail bully tries to ask him to join his gang and says, “Protection hai.” The inmates are given a packet of Nirod along with jail uniform when they are brought into the jail! That seemed like the makers were desperately trying to do some in film advertising of the product.

Similarly, another scene where musical instruments for the band come wrapped in huge boxes with ebay branding. Also Deepa Dobriyal’s costume, his t-shirt has things written in Bengali, just because he plays a Bengali character in the film. Those seemed quite obvious and a bit commercialised in an otherwise realistic film.

It was the second half that came as a complete surprise, in terms of performance as well as the movement of the story. The film picks pace and you actually start sympathising with Kishen and his gang. Some scenes seem as real as life; spontaneous and unrehearsed. The entire escape scene was absolutely gripping and had me sitting at the edge of my seat.

You feel like you are a part of the entire escape and I also screamed in my mind “Bhaag Milka Bhaag!” While Diana Penty is just being Daina Penty in the film, at times she even stands with her hand on her hip, like she would do on the ramp, it’s Farhan who is very convincing and evokes a lot of sympathies and hits the right chords.

It’s a film that does deserve a watch especially if you like Farhan Akthar.

List Of Bollywood Movies Releasing In April And May 2018