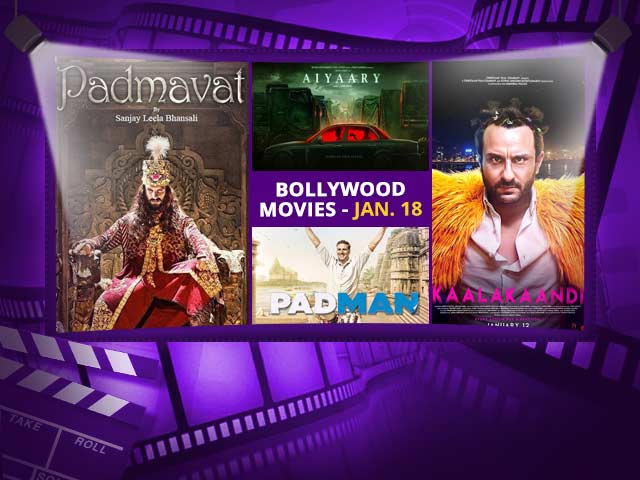 Story: Nehle Pe Dehla is an interesting film about an atheist Kanneganti, who after failing to get compensation from the insurance company for his shop which is destroyed due to an earthquake, files a lawsuit against God. In his fight against God, he meets a mysterious man, who helps him win the case and changes his perception of God forever.

Story: Posing as a spiritual guru, a seasoned con man, and his trusted allies make a fortune by hoarding black money. However, there is a bump in the road ahead for the scam artists. The film is a roller-coaster ride of chaos, fun, and suspense!

Story: The story of this film plays out in 12 hours, with six characters from different worlds, from urban, ambitious upwardly mobile Bombay and its dark, neglected under-belly.In this dark, funny tale, the lives of complete strangers intersect for a few frantic moments and lead to consequences not improbable but extraordinary.

Story: A couple tries to protect their dark past and secrets in order to save themselves from future.

Story: Rajiv Kaul, a successful ad-filmmaker, is celebrating his 40th birthday. Everything is as always: friends, food, wine, music. The only thing different is the absence of his wife and kids and the presence of a beautiful stranger, Sandy. Who is she? Why does she stare at him? Do they know each other from before? A dangerous liaison ensues and throws Rajiv’s life upside down. Nothing is what it seems and there is no one who Rajiv can trust. Neither his wife nor his best friend, but most dangerously, not even himself.

Can Rajiv undo the past and save himself from the impending doom?

A series of twisted events blur the fine line between past, present, and future. Between what’s real and what may not be.

Story: A police officer takes up the responsibility of solving a murder case, for which woman is arrested. Further interrogation brings several possibilities and suspects to light, creating new challenges in the case.

Story: One of the most controversial films, Padmavat which was earlier called Padmavati is a period drama directed by Sanjay Leela Bhansali. The film features Deepika Padukone in the title role as Rani Padmavati, Shahid Kapoor as Maharawal Ratan Singh and Ranveer Singh as Sultan Alauddin Khilji along with Aditi Rao Hydari, Jim Sarbh, Anupriya Goenka, and Raza Murad feature in supporting roles. The film was earlier said to release on 17 November but had to be postponed because of the protests by the Karni Sena.

Story: Padman is a biographical drama based on the life of the Tamil Nadu-based activist Arunachalam Muruganantham, who worked towards providing cost-effective and hygienic sanitary napkins to the women in the rural areas, and features Akshay Kumar playing the lead role while Radhika Apte plays the role of his wife.

Story: Based on the true story of a mentor and student duo, Aiyaary tells the tale of two strong-minded Army officers, who face clashes owing to their difference of opinion. While Manoj Bajpayee plays the mentor, Sidharth Malhotra plays his protege and Rakul Preet Singh is Siddharth’s love interest in the movie, playing the role of an IT professional.

The Most Iconic Celebrity Winks From Movies Including Priya Prakash Varrier’s...