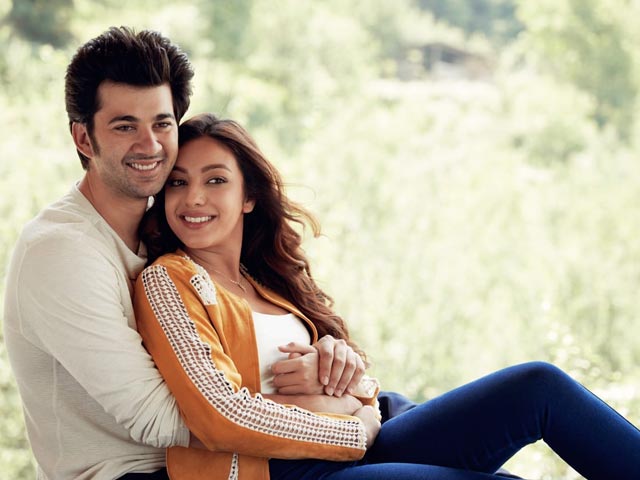 Pal Pal Dil Ke Paas is a typical love story and the film seems to have all the ingredients needed for a romantic Bollywood film. The film also stars Saher Bambba who also makes her debut with this film. Unlike Karan, Sahher has no ‘filmi’ background and she came into the limelight after she won the OPPO Bombay Times Fresh Face 2016 in 2017. Saher was chosen from among four hundred contestants, as Sunny was in search for a fresh face for Pal Pal Dil Ke Paas.

Produced by Zee Studios, the teaser of Pal Pal Dil Ke Paas, has been shot in picturesque locations, and gives a glimpse into the world of two youngsters in love.

Apparently, the film’s title is inspired from the song, ‘Pal pal dil ke paas….’ by the late Kishore Kumar, and it also happens to be Karan’s actor grandfather Dharmendra’s favourite song. couple might be the new new romantic ‘Jodi’ of Bollywood!

Years back Sunny Deol too made his debut with a romantic film called Betaab and the film went on to become a huge hit. Amrita Singh played the female lead in the film and Sunny and Amrita became the favorite romantic jodi during their time.

Will Karan and Sahher weave the same magic in their debut romantic film? We’ll have to wait and watch. The film is all set to release on 20 September this year.

Notebook Trailer: Has A Beautiful Story Book Feel To It