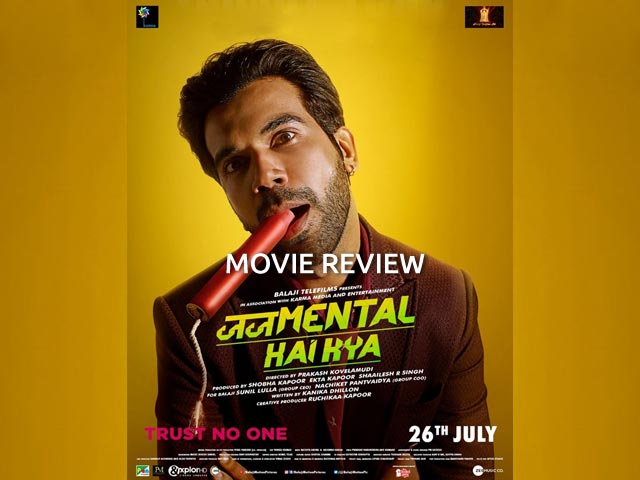 What I liked most about Judgemental Hai Kya was the storyline and it’s treatment. The story is about Bobby, who has had a traumatic childhood, that leads to her ending up with acute psychosis in her adult life. Bobby is a dubbing artist and dubs for movies, and the interesting part is she gets obsessed with all the onscreen characters she has dubbed for, so much so, that she even dresses up like them and has a wall full of photographs in those different avatars!

That kind of sums up how messed up Bobby is in her head. Things take a turn when Bobby gets new tenants ; a young married couple Keshav and Rima, played by Rajkummar Rao and Amyra Dastoor respectively. Bobby is curious about the perfectly happy couple and stalks them, until a murder takes place and Bobby suspects Keshav has a role to play in the crime.

The whole film then deals with whether Bobby is speaking the truth or if it’s just her overactive imagination due to her mental illness.The audience is left wondering what will happen next, and who the murderer is. What keeps the audience engaged is the edgy and quirky narrative style. What also adds to all the intrigue and quirk are the sets, lighting and background score.

Another interesting thing about the film is the reference to the Ramayana. The way Ramayana and the reference to Sita, has been given a modern twist to depict normal life today. It gives an insight into how a person thinks and in a very subtle way, it brings across the message of how sometimes we are judgemental about people without knowing what’s going on in their minds.

The second half does seem a bit stretched especially a few scenes, but the actors and the way they have got the nuances of the characters on point makes it interesting. Rajkummar Rao is brilliant as always and plays a character we have never seen him play before. c, as Rajkummar’s wife is perfect. Jimmy Sheirgill is impressive and so in Amyra Dastur. It’s Hussain Dalal who needs a special mention, he has brilliant comic timing and plays his character well.

Judgemental Hai Kya is quirky, different and a psychological whodunit that keeps the suspense right till the end of the film. The film is an interesting one time watch.