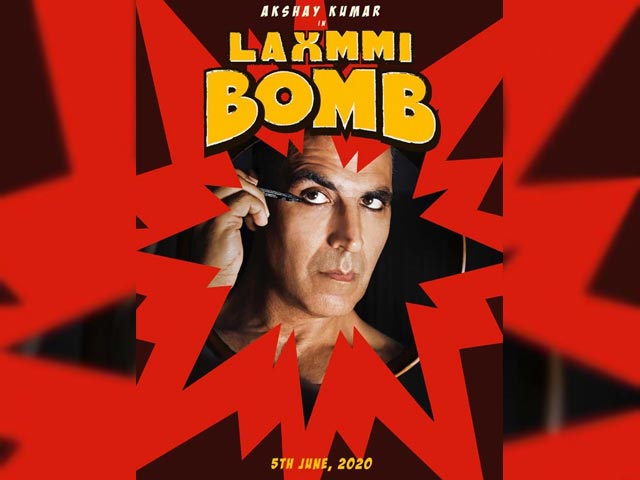 Akshay Kumar recently tweeted the first look poster of his upcoming film. Akshay will be seen in an unusual get up in the film that has an equally unusual title; Laxmmi Bomb. However, as soon as the poster was released, choreographer-turned-director Raghava Lawrence, who was supposed to direct the film threw a bomb at the team!

Raghava took to Twitter on to announce that he will be stepping down as director for the film. He announced that he will not be part of this Hindi remake of the Kollywood hit Kanchana. Raghava had written, produced and directed the original, Kanchana. While he was involved in the entire process of Kanchana, he was only hired as the director of Laxmmi Bomb, while it’s being jointly produced by Akshay’s Cape Of Good Hope Films, Shabina Khan and Tusshar Kapoor and presented by Fox Star Studios.

The fact that the team released the poster without informing Raghava and apparently, that’s what angered him and prompted him to write an open letter on social media announcing his step down as a director of the film. He also said that there are multiple reasons behind his decision to exit but this was the last straw. He said he felt disrespected and disappointed as he got to know about the poster from a third person rather than the team informing him about it.

Dear Friends and Fans..!I
In this world, more than money and fame, self-respect is the most important attribute to a person’s character. So I have decided to step out of the project, #Laxmmibomb Hindi remake of Kanchana@akshaykumar
@RowdyGabbar @Advani_Kiara pic.twitter.com/MXSmY4uOgR

What Is Kanchana All About?

Kanchana, is a Tamil horror comedy which was released in 2011, and it was a sequel to Muni, a film about a ghost-fearing man who gets possessed. This is the biggest film franchise in the South Indian film industry. Kanchana 3, that released recently along with its dubbed Telugu version was a huge hit too. The first in the series was Muni in 20017, followed by Muni 2: Kanchana in 2011, and Kanchana 2 in 2015 and the latest blockbuster Kanchana 3. After the huge success of the series, Raghava was headed to Bollywood with Laxmmi Bomb. But sadly, looks like that’s not going to happen.

Announcing the release date of the film, Akshay wrote on Twitter: “Bringing you one bomb of a story – Laxmmi Bomb, starring Kiara Advani and yours truly! Bursting in cinemas on June 5, 2020. Fox Star Studios Presents, A Cape of Good Films Production in association with Shabinaa Entertainment and Tusshar Entertainment House. Directed by Raghava Lawrence.”

While the original, Kanchana, did not have big stars but went on to become one of the most successful franchises down south, let’s hope Akshay’s Laxmmi Bomb also makes enough noise!

Alt Balaji’s HOME Trailer: Sure To Resonate With Every Middle-Class Indian