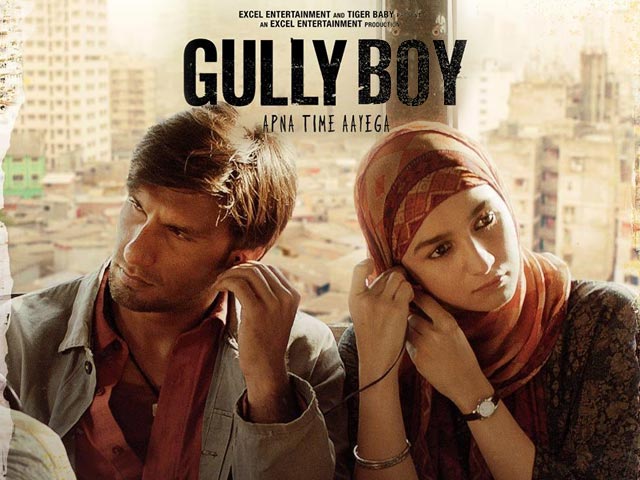 Ranveer Singh is in the best phase of his career at the moment. He is one of those actors who’s unstoppable! While the talks about his performance in his last release Simmba is still hot topic, Ranveer will be seen given a power packed performance again in his next Gully Boy.

While everyone is looking forward to the film, Ranveer and the Gully Boy team released the first trailer of the film in style today. Ranveer rapped live to ‘Kalakaar Main’ for the media. Dressed in a bright yellow down jacket, with a purple bandana on his head and green dark glasses! He looked every bit the street rapper. The host revealed that Ranveer has actually been rapping since 2011! No wonder he’s so good at it.

Gully Boy also stars Alia Bhatt and is based on street rappers like the famous internet sensation Divine. The film tells the story of all the ambitious street rappers who fight all odds to establish themselves as rappers and also earn a name, especially the story of Divine and Naezy. The film has an interesting tagline;“Apna Time Ayega”.

The two of them have never done a film together and this will be the first time they will be seen together on the big screen. While Alia has an infectious chirpiness about her, Ranveer as we all know is a powerhouse, he’s full of energy and it will be interesting to watch the two in Gully Boy.

The trailer was launched by Ranveer and Alia along with director Zoya Akhtar. The name of the film is Gully Boy is inspired by rapper Divine’s song, Mere Gully Mein and his troupe of street rappers, who are called the ‘Gully Gang’. The trailer looks quirky and interesting, there’s a dialogue in the trailer that especially caught my attention where a lady asks Alia whose name is Safina in the film; “Safina tumhe cooking aata hai?” (Safina do you know how to cook?)to which Safina answers; “Nahi lekin agar sab kuch sahi raha to ek din main aapka liver transplant kar sakti hoon,” (No, but if all goes well then maybe I could transplant your liver someday!).What’s fun is that Alia says that with such a straight face. Ranveer and Alia seem to share a great onscreen chemistry.

It is said that the two have worked very hard to get into the role and have even walked the real gallis to see how people live, behave etc.The trailer gives us glimpses of how besides some great rap songs, the film is high on drama, action and emotions.

We can’t wait for Gully Boy to release on 14 February. This looks like a one story with a difference.