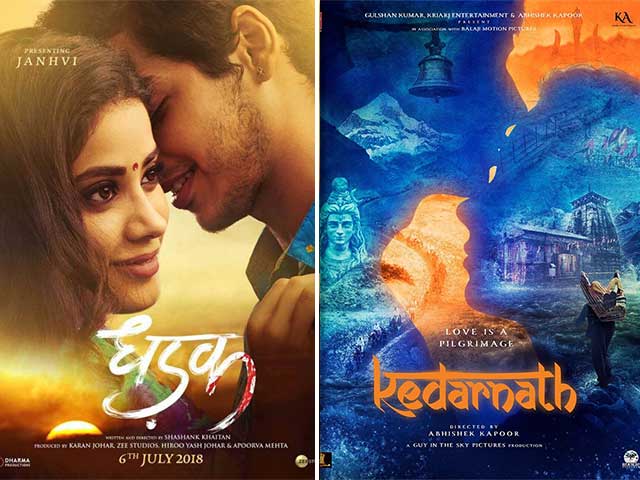 Brushing aside all controversies and debates about nepotism, these star kids will soon follow their parents’ footsteps and will be on their way to stardom. 2018 will see some famous star kids make their Bollywood debut

Social media has been abuzz with images of Sridevi and Boney Kapoor’s older daughter Jhanvi Kapoor’s debut film Dhadak. It is being said that mom Sridevi has been grooming her little girl to get her ready for the big screen. Besides that Jhanvi has studied at Lee Strasberg Theatre and Film Institute. Even before signing her first film Jhanvi had a huge fan following on Instagram and is one of the most popular star kid on social media.

Dhadak also stars Shahid Kapoor’s stepbrother Ishaan Khattar as the male lead. Ishaan has been getting some valuable tips from his big brother. Though Dhadak is not a debut for Ishaan who has already acted in an international film Beyond the Clouds, directed by Iranian director Majid Majidi, his film with Jhanvi Kapoor which is a remake of the popular Marathi film, Sairat is one that everyone is looking forward to. The film is slated to release on 6 July 2018.

This star kid has the support of the ‘dhai kilo ka haath!’ Sunny Deol’s son Karan Deol too will soon be making his debut in Bollywood. Karan’s debut film is called Pal Pal Dil Ke Paas and is being directed by his dad Sunny.The film also stars Aamir Khan and Sunny is said to be very excited about his son’s debut.

Another popular star kid to look out for in 2018 is Saif Ali Khan and Amrita Singh’s daughter, Sara Ali Khan. Sara makes her Bollywood debut with Kedarnath The film directed by Abhishek Kapoor also stars Sushant Singh Rajput in the lead. The film is said to be based on the Uttarakhand flood.

While everyone’s eagerly waiting for these star kids to make their debut, other star kids we would love to watch making their debut on the big screen would be Chunky Pandey’s gorgeous daughter Aahana Pandey and Shah Rukh Khan’s son Aryan Khan. What say?

Read Also: What Kind Of Films Would Newbie Ishaan Khatter Prefer To Choose?