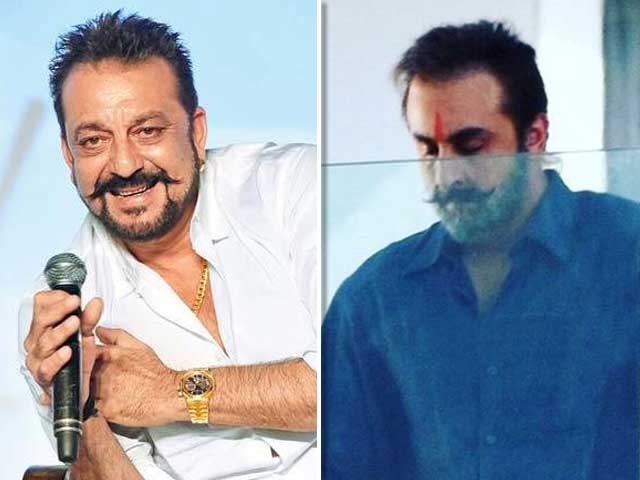 The biopic on actor Sanjay Dutt is one of this year’s most awaited films from the maker of the Munna Bhai series, Rajkumar Hirani. The makers have finally announced the release date of the film and fans of Dutt will get to watch all about his life on 29 June this year!

Directed by Rajkumar Hirani and produced by jointly by Vidhu Vinod Chopra and Hirani, the film stars Ranbir Kapoor as Sanjay Dutt and Manisha Koirala will be essaying the role of Sanjay Dutt’s mother Nargis Dutt in the biopic.

Sanjay had earlier revealed in one of his interviews that he has worked closely on the story with the makers. He had said that he spent many hours with the writer of the film, Abhijat Joshi and director Hirani and spoke to them in detail about his life to give them a clearer picture. As for Hirani, he had said that this will be a very open biopic and not a one-sided one which biopics normally tend to be.

Images of the cast and crew have gone viral on social media. This will also see Manisha working with the makers once again after 1942 A Love Story. Besides Ranbir and Manisha, the film also stars Sonam Kapoor, Vicky Kaushal, Dia Mirza who plays Sanjay’s wife Manyata Dutt.

The film delves into the details of the controversial actor Sanjay Dutt’s life, all the ups and downs that he has faced in his life. The film was earlier said to release in March 2018 but has been postponed and will finally hit the screens on 29 June 2018.

Read Also: New Bollywood Jodis We Are Looking Forward To In 2018

All You Need To Know About Siddharth Malhotra And Parineeti Chopra’s...