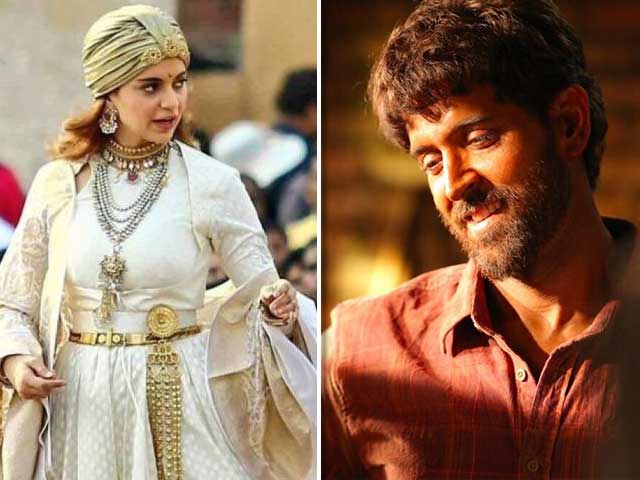 Manikarnika, the upcoming film where we would see Kangana Ranaut as the Rani of Jhansi had been scourging for a release date for quite some time now. However, it seems the wait for a released date is finally over, as we have a recent announcement that it is slated to release on the 25th of January in 2019. Though it might seem like any other film release and the hype might not be worth a shot, owing to rumors which have circulated and dominated the media over the last whole year, this is no news to avoid.

#Super30, the Anand Kumar biopic that was slated for release on 23 Nov 2018, will now release on 25 Jan 2019… Stars Hrithik Roshan… Directed by Vikas Bahl… #RepublicDayWeekend

Hrithik’s Super 30, a biopic on the mathematician named Anand Kumar from Patna who trains 30 students for IIT every year, was slated to release on November this year (2018). However, it is now going to release on the same date (25th January, 2018) as well. The clash of the release dates seem unavoidable now because both the movies have already seen much rescheduling!

Now, that is definitely a grave issue, as we are all aware about the clash that went on to become too serious between Hrithik Roshan and Kangana Ranaut. And now, both Manikarnika and Super 30, are very big releases for Kangana Ranaut’s as well as Hrithik Roshan’s careers respectively. So, when both these movies, one a period drama, and another a biopic have a clash with their release date, it’s sure that this issue will get much media coverage.

Manikarnika was initially supposed to release in April this year, but then, the release was postponed first to August, then to September and now, finally it has an official release date confirmed. Directed by Krish, Manikarnika will see Kangana portraying the role of Rani Laxmibai, something which is very different from all the roles Kangana has played in her movies so far.

Remembering one of the bravest women that ever lived, #RaniLaxmiBai #Repost if you can't wait to witness her epic story on screen #KanganaRanaut as #Manikarnika. #deathanniversary #tribute #martyr #Queen #warrior #history

Directed by national award winner Krish, Manikarnika had earlier faced some issues, as they had allegedly tampered with historical facts for the movie. Krish has, however, cleared the clouds and has confirmed that enough research and consultation with scholars and historians have been done, before Rani Laxmibai’s character has been portrayed. The movie also stars Ankita Lokhande, Atul Kulkarni, Jisshu Sengupta, Suresh Oberoi and Sonu Sood in important roles.

So, let’s wait and watch, how the box office clash turns out on the republic day weekend next year!