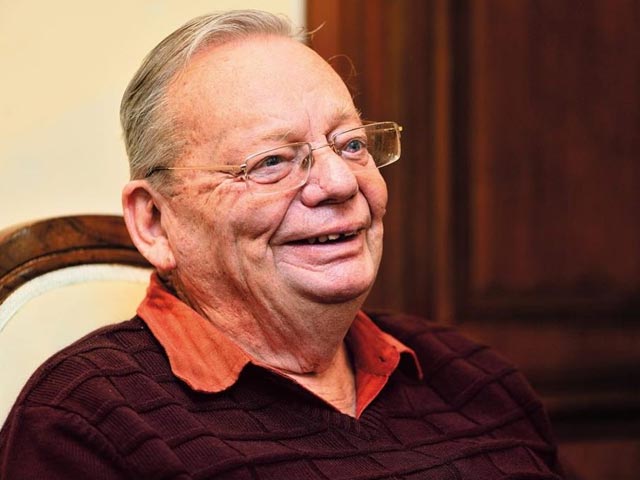 Ruskin Bond is one person that I have been looking forward to meet and interview since I’ve grown up reading and loving his books. It’s not just me but many who love his books and some have even adapted his books into feature films.

One of them is director Vishal Bhardwaj who earlier adapted his books ; The Blue Umbrella and Susanna’s Seven Husbands into films.

Here’s a list of some of Ruskin Bond’s most loved books that have been adapted into films.

Neeli Chhatri Or The Blue Umbrella

A beautiful collaboration between Vishal Bhardwaj and Ruskin Bond was for Neeli Chhatri. Based on Ruskin Bond’s book, The Blue Umbrella. The story is about a conflict between a young girl, Biniya and a mean old shopkeeper, Nandkishore, in a small hill town in Himachal Pradesh. When a few Japanese tourists gift Biniya a blue umbrella, she becomes very popular in the village. Nandkishore wants her umbrella, but Biniya is unwilling to part with it.

We’ve often seen Vishal Bhardwaj adapt some great world classics into Hindi films, which also shows his love for literature. His films like Maqbool, Haider have been adapted from Shakespear’s plays. He adapted a book by Ruskin Bond called Susanna’s Seven Husbands into a film called 7 Khoon Maaf starring Priyanka Chopra as the protagonist. The story is about a woman who gets married seven times and each of her husbands mysteriously disappears. What’s special about the movie is that Ruskin Bond also made a cameo appearance in the film.

Directed by Shyam Benegal, Junoon was based on Ruskin Bond’s book A Flight of Pigeons. The story is about a girl, Ruth and her family on the run from mutineers. Ruth and her family are taken captive by a rebel, Javed. However, things get complicated when Ruth starts developing feelings for him.

While these are some of the most noted films adapted from Ruskin Bond’s books, there are talks about Vishal adapting another of his books called Mr. Oliver’s Diary soon.

Besides movies, his short stories have also been adapted as TV series. Ek Tha Rusty and Parchhayee: Ghost Stories by Ruskin Bond. Parchhayee which is a 12-episode series is being produced by Banijay Asia and Opus Communications for ZEE5.

What would be really interesting to watch though is a film on Ruskin Bond’s life! Happy Birthday to our very own Mr. Bond!

Here’s All That You Need To Know About The Sanju; The...