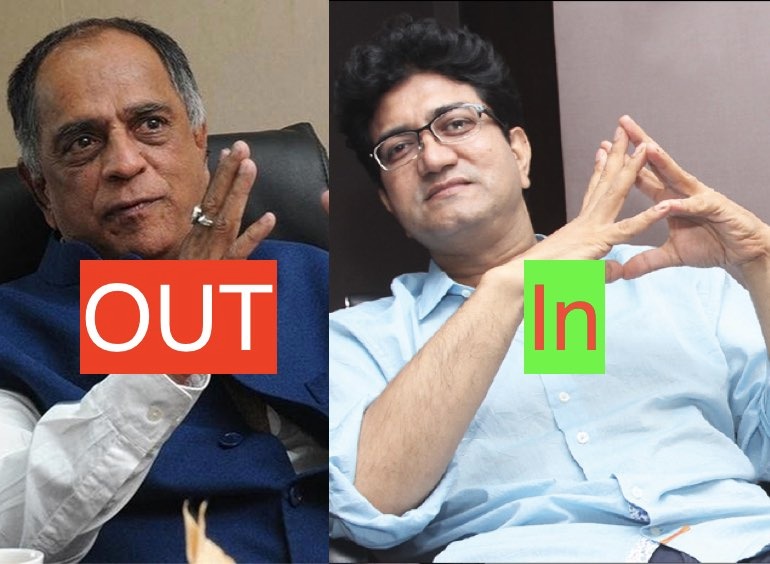 Its time for Pahlaj Nihalai to finally say his final goodbyes to the Censor Board of Film Certification (CBFC). Nihalani has been sacked from office and Bollywood can finally breathe a little easy.

The orders to remove Nihalani came from the Ministry of Information and Broadcast. His office was to actually end on January 2018. Ever since he joined office he’s been giving filmakers a hard time. Bollywood also renamed him as the “Sanskari Man”.

During his tenure, all he said was edit, mute, shorten and cut. Now that he has more time in his hands he can use his chopping skills in the kitchen or better still sharpen his limited mental outlook!

On the other hand, Prasoon Joshi comes from the creative land of advertising and his affairs with movies has always been more than awesome.

Joshi, with a Padma Shri Award in his kitty, is one of the Bollywood beloved lyricists and screenwriter. He even penned the lyrics for Prime Minister Narendra Modi’s anthem for the “Swachh Bharat Abhiyan” and also has given us films like Taare Zameen Par, Rang De Basanti, and Neerja.

Meanwhile we’re looking for some good uncut Bollywood films in the future.

Mammootty To Go Shah Rukh Khan’s Way For A Film By...