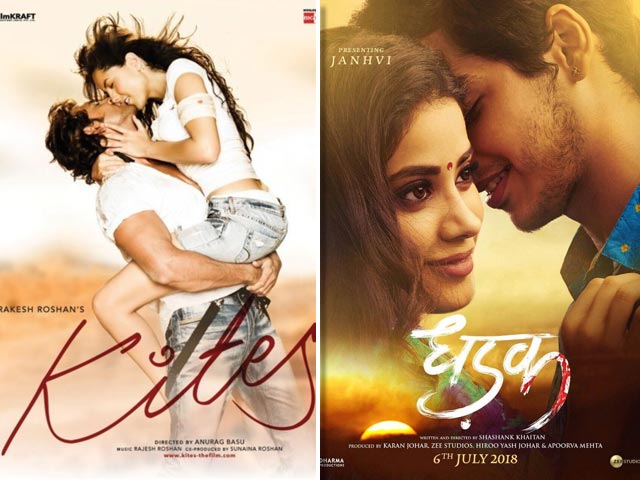 Two individuals fall in love, get married and they live happily ever after. Sounds familiar? Most of our Bollywood movies revolve around this theme of love and relationships. But life is not that easy and there are movies that did not have the cliched happy endings. We have listed such movies below.

Padmaavat Is One Of The Finest Period Dramas

The period drama Padmaavat, directed by Sanjay Leela Bhansali is one of the finest movies in Bollywood. The journey of her struggle and her sacrifice was divinely depicted in the movie. Although the movie faced a lot of criticism all around the country, it did great business at the box office. The movie concluded with Johar in which Rani Padmavati, the role played by Deepika Padukone had to jump into the fire with all the other ladies.

Devdas Was A Tragic Love Story

The tragic love story of childhood sweethearts, Dev, and Paro, who were made to part their ways because of the status in the society. The portrayal of pain because of immense love, longing and loss were what made the film a classic movie. The movie ends with Dev, the character played by SRK in the movie, destroying himself as he could not get his love, Paro.

Dhadak Revolved Based On The Heinous Crime- Honour Killing

Adapted from a Marathi blockbuster Sairaat, Dhadak came as a new-age romance, starring the fresh pair – Janhvi Kapoor and Ishaan Khatter. Directed by Karan Johar, the plot of the movie revolves around the cruel tradition of honor killing.

The Dirty Picture Portrayed The Struggles Of An Actress

The glamorous life of Silk Smitha was brilliantly portrayed by Vidya Balan in The Dirty Picture. Directed by Milan Luthria, the movie was about how Silk rose into stardom only to fall down into the ashes. The movie concludes Vidya Balan as Silk committing suicide.

Jannat Depicted ‘Everything That Glitters Is Not Gold’

One of the finest movies by Emraan Hashmi, the movie gives a deeper insight into the world of gambling. Directed by Kunal Deshmukh, this movie proves that money always cannot buy happiness.

Rockstar Was A Musical Romantic Movie

One of the best love stories in Bollywood, Rockstar tells the tale of passion, longing, and love in a surreal way. Directed by Imtiaz Ali and starring Ranbir Kapoor and Nargis Fakhri, this movie depicted suffering in a very beautiful manner.

Kites : What happens when a hot latino dancer falls in love with fraud?

Kites is one of the finest movies in Indian cinema. However, it didn’t do great business at the box office. The film stars Hrithik Roshan and Babara Mori. While Hrithik plays a fraud living in Las Vegas, Barbara is latino dancer, who falls in love with him. The two fall in love and later elope which leads to their persecution. Directed by Anurag Basu, the movie concludes with the two lead characters embracing each other through death.

Life is not always about the happy endings and these movies portrayed that in a beautiful manner.