We do agree that a film is a director’s vision of a story. But while sometimes, as audience, we totally agree with his vision, there are also times we don’t. Hasn’t that happened to you too, when you feel the climax scene could have been different?

Here’s a look at some hit romantic films I watched recently, where I didn’t find the ending convincing enough; though overall the film was a treat to watch:

Ae Dil Hai Mushkil – Friendzoned Is An Act Of Cruelty

Friendzoning should be just made illegal. ‘Pyaar mein junoon hai, dosti mein sukoon hai’ just ruined a poor sweet guy’s life. Ayan (Ranbir Kapoor) wants to take his friendship with Alizeh (Anushka Sharma) to next level. But she rejects him as she only thinks of him as a friend. This one surprised us because it wasn’t a love triangle, at least towards the end of the film, and yet they do not end up together in the end.

Meri Pyaari Bindu – We Wish They Had A Convincing End!

We love happy endings in films, as Indians. Strangely, this one had an ending where everybody was happy, but not the audience. We came out of the cinema hall wondering and wishing the ending to be different. Bindu (Parineeti Chopra) and Abhimanyu (Ayushmann Khurrana), childhood buddies fall in love. But Bindu breaks up when Abhi proposes her for marriage. Years later, Abhi meets Bindu, who is now married and has a daughter as well. This couple definitely knows how to move on without holding any grudges, but the conversation in the climax was absolutely not-so convincing. We wish they had planned a better ending.

Ek Main Aur Ekk Tu – We Wish She Had Said Yes To Him!

This rom-com is such a cute film; until it reaches the end. Rahul (Imran Khan) falls for Riana (Kareena Kapoor), but it’s a one-sided love. Well, you win some, you lose some and that holds very true in one-sided love. Not like, love stories in films should always be ‘Guy meets girl and they live happily ever after’, but watching potential couples end up turning ‘just friends’ is kind of saddening, especially where one of them gets turned down. Worst is, the guy is still hopeful that the girl will return to him someday. We just wish Rians had said yes!

Aashiqui 2 – He could’ve simply gotten rid of alcohol issues, rather than…

Why does suicide seem like a solution to anyone’s problem? Rahul Jaykar (Aditya Roy Kapur) is an alcoholic and a popular singer. He falls in love with Aarohi (Shraddha Kapoor), who too becomes a successful singer, thanks to Rahul. But Rahul commits suicide when he realizes that he has become a burden upon Aarohi because of his alcoholism. Well, couldn’t he have just taken his alcoholism seriously and got rid of it, rather than keeping his lover ridden in guilt of being more successful for the rest of her life?

Highway – Why didn’t they just omit the tragic climax scene from the script?

This Imtiaz Ali film was a unique love story but had a really tragic end. When we almost start thinking Veera and Mahabeer would live happily together in that small house in mountains, the unexpected shootout at Mahabeer just made us sob. We wish they had just thought of another climax. Both sleeping peacefully a night before Mahabeer’s death scene could have been the perfect end of Highway! Don’t you think so?

Tell us your take on the above mentioned films. 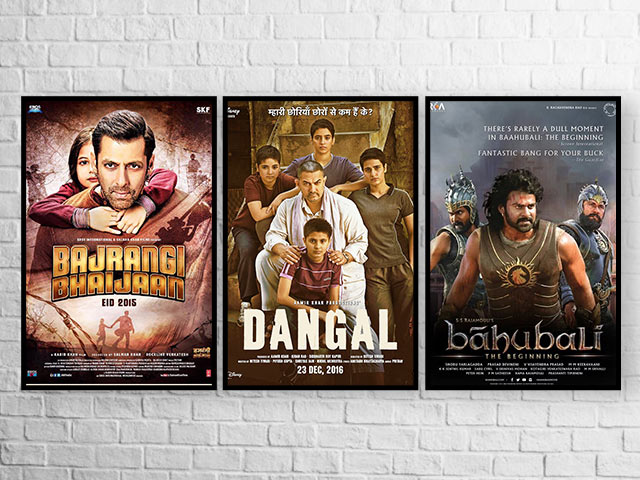 Salman Khan’s Bajrangi Bhaijaan And Other Bollywood Movies That Have Wooed...