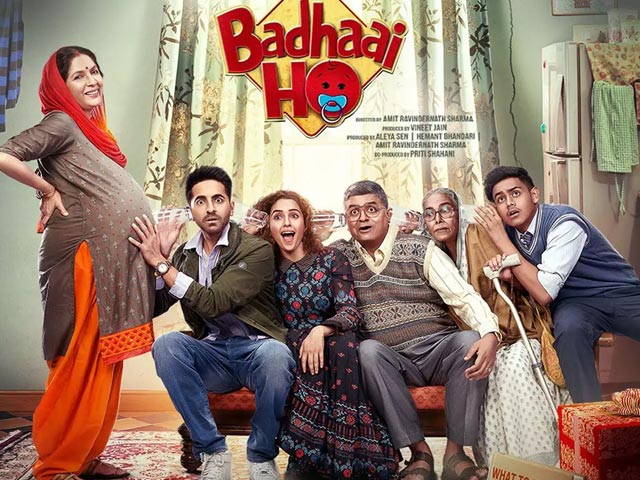 In today’s times, audiences are no more fascinated by star celebs, flashy sets or costly costumes until and unless the film is backed by extremely good content. Last year, the low budget films had maximum impact on the audience and made huge profits at the box office. That proves that the audience today are smart and cannot be fooled anymore and content is actually the star! Let’s take a look at these low budget movies that made a high impact in 2018.

The filmmakers of this movie didn’t cast biggies nor did they spend extravagant amunts on production, yet the film was a hit. Reason being, the movie had humour and drama at the same time. The content was strong which is why the movie raked in big money at the box office.

This remake of a Telugu film, Kshanam was another small budget movie that became a huge hit.This Tiger Shroff and Disha Patani starrer was appreciated by all both young and old.

Andhadhun Was A Hit

Ayushman Khurrana starrer was one of the biggest hits of 2018. He acted very well and once again proved his terrific acting skills. The story, plot as well as the setting proved that even a blind protagonist can woo the audience. It was a great example of a gripping story telling.

Alia Bhatt and Vicky Kaushal starrer Raazi, was a hit and was able to rake a good amount at the box office. This patriotic movie was based on a true story and Vicky rose to fame through this movie.

Badhaai Ho Was A Huge Success

This is perhaps one film that absolutely proved that content is king! The comedy-drama had a middle aged couple and their love story as the main plot and the rest all revolved around it. It was highly appreciated by the audience. A unique yet fun content is what pulled the audience to the theatres.

The success of these movies proves that the audience is ready to crown the content over big stars and flashy sets.

Kangana Ranaut’s Many Looks In Manikarnika