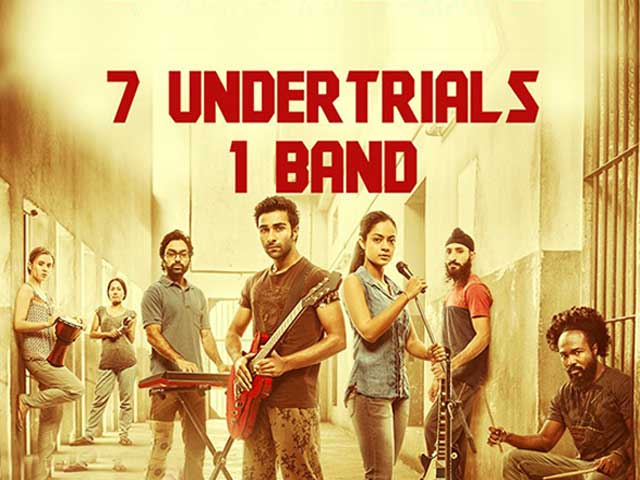 The latest film to enter the list of Bollywood films relating to music or forming a band is Qaidi Band. Of course, not a regular musical, this one as its name suggests revolves around innocent under trials forming a band in prison for a quick acquittal.

Starring newbies Aadar Jain and Anya Singh in lead roles, the film has been helmed by Habib Faisal. Coming to Qaidi Band, the trailer may not have been extremely impressive but it does seem like it is not one regular musical.

Hoping that it strays away from all that’s been there done that, here’s looking at 5 clichés Qaidi Band should avoid.

1. Conflicts Like Ego Clashes or Drug Abuse Leading To The Band Tearing Apart

Considering in this film, the main purpose of forming a band is to get a clean chit outside, we hope we are not subjected to some unnecessary ego clashes between members, that almost tear the band apart and bring them together in the end. Let there be no sob story towards the with ‘Sorry bro’ kind of dialogues. Also, the least expected in this film is substance abuse.

2. Not All Songs Have To Be Heavy On Tempo

There is a general notion when it comes to portraying bands in a film that they have to be heavy on tempo. If only, the writers took inspiration from real life, they would see that no matter the genre, there bands which exist with slow country side music, jazz bands, choirs etc. But in Bollywood, all they will get us is heavy bass tracks.

3. Waste Of Screen Time In Auditions Supposed To Be Funny

Mostly taking the easy road, writers prefer to stuff scenes with people’s embarrassing singing talents in the journey towards forming a band. These audition scenes are a reminder of the Indian Idol days but strictly speaking a waste of time when it comes to the storytelling.

4. Instant Success Is Assured For The Band

In most cases, struggle is shown only till the formation of the band. The story always ensures instant success with the first song itself becoming a chartbuster. I’ll just say a moment of silence for all those bands whose songs tanked one after another, yet they stuck to becoming big in real life. Sorry, but films have no place for this drama!

5. Duet Singers Have To Fall In Love!

What’s the point of a film if the lead singers of the band are not in love. Unless that happens, how will they compose romantic songs together.

As Qaidi Band releases this Friday, we’ll have to see how it stands up against these clichés or comes across as another run of the mill story.