HotFridayTalks
Home Movies 4 Must Watch Short Films That You Might Have Missed At The... 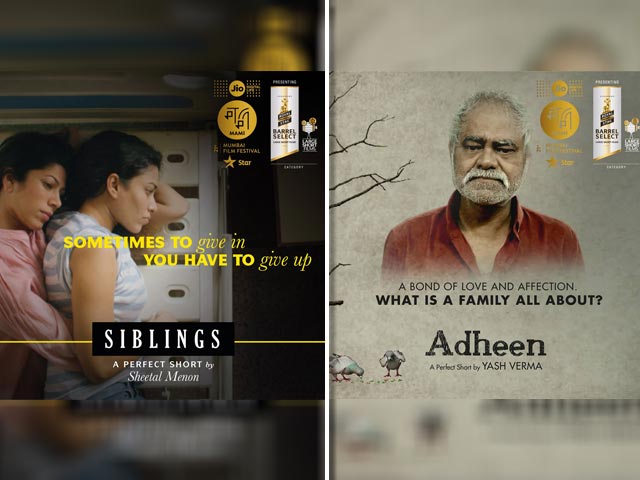 If you missed the short films at the 21st MAMI 2019 (Mumbai Academy Of Moving Image), I wouldn’t blame you because like they say, there were too many films but too little time! Fret not, here’s a list to help you with some of the best short films that are a must watch and why. The reason I chose these four films is because in this age of failing relationships, these are films that deal with and give us an insight into relationships of different kinds. Films that will make us think and maybe retrospect.

The tagline of the film says, “Not all relationships are colourful, some are sepia,” and rightly so as Sepia directed by Archit Kumar starring Aparshakti Khurana and Sapna Pabbi gives us an insight into modern day relationships. The film is about a relationship of a couple who has moved to Mumbai prior to their wedding. While Aparshakti plays a struggling actor who aims to become a superstar, Sapna plays a conscientious journalist who runs a digital magazine for women empowerment. The film portrays how the two navigate their relationship around the hustle bustle of the new city. The story highlights modern day acceptance of love between the two burdened by their own shadows of rationalities.

Siblings directed by first time director Sheetal Menon and produced by her husband and director Bejoy Nambiar, also stars Sheetal in a lead role along with Shivani Tanksale. Sheetal who had never directed before this said that at first when her husband asked her to direct the film herself, she wasn’t too sure she could do it. He convinced her to do it and she says she jumped in. “Then I jumped into it and made it happen. I am also surprised that I managed to do that. I never saw myself making a film. I am also looking forward to making my next after this,” added Sheetal.The film is a perfect short about a relationship between two siblings – sisters Diya and Nidhi whose life revolves around taking turns to take care of their comatose father and their aging grandmother. The film unfolds the sacrifice required in maintaining the lifestyle of their father at home which proves to be an expensive proposition. The financial stress pushes sisters to take a hard decision which can change their lives forever. It’s a decision that nobody should have to make ever, watch the film to know how this powerful story unfolds.

Nawab by Mansi Jain stars Aparshakti Khurana,Geetika Vidya, Mallika Dua and Maria Goretti in an unconventional role. Nawab is a sweet story of relationship between a man and a dog. Aparshakti plays a character whose wife has walked out of their marriage, leaving behind not just him but also her pet dog. Aparshakti then goes through a series of attempts to get rid of the dog and even tries to convince his sister in law (played by Maria) to adopt it. Does he manage to get rid of the dog? Well, you’ll have to watch this one to know! What we can tell you though, is that the film is all heart.

Adheen directed by Yash Verma is a story that is sure to make you sit up and think about aging and ailing parents and how we sometimes struggle to find the time to take care of them. This short film is a moving portrayal of a crumbling familial structure. Starring Sanjay Mishra as the father, the narrative is about his two children, played by Anupriya Goenka and Neeraj Pradeep Purohit, and their relationship with their mother. The children have been asked to come home by their father to visit their mother, as she is fighting a terminal illness. There are arguments and disagreements that follow between the three, until the father takes a stand for the first time in his life, and leaves his kids with a life altering decision. The film is deep, thought provoking and brilliantly made.