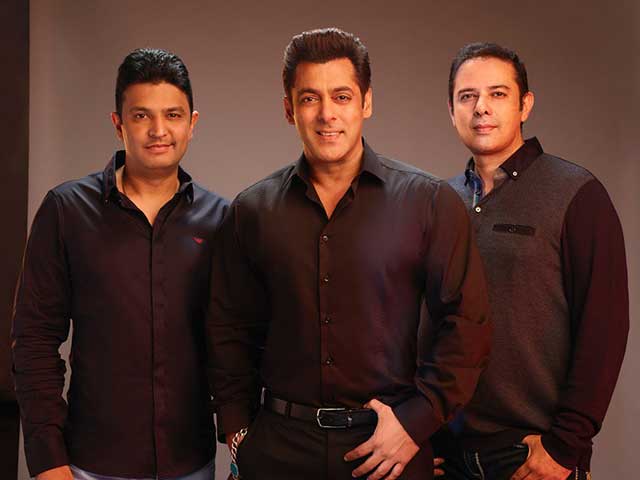 After Sultan and Tiger Zinda Hai, the blockbuster jodi of Salman and director Ali Abbas has come together again for Bharat.

There could not be a better day to announce T-Series Bhushan Kumar joining hands with Atul Agnihotri than today, Salman’s birthday. Bharat will release on Eid 2019.

About coming on board for Bharat, Bhushan Kumar says, “We have had a long-standing association with Salman Khan from when we acquired the music of Pyaar Kiya To Darna Kya. We produced Bhai’s two other films Lucky: No Time For Love and Ready, both of which were successful collaborations. Atul and I gel well and we decided to join hands on Bharat, a human drama that is bound to touch you beyond measure.”

Speaking about T-Series coming on board, Atul Agnihotri says, “In life, you just click with some people. Bhushan and I have interacted many times in the past. His sensibility for content matched with ours. So having T-Series on board with us on Bharat was a very smooth and organic process for both of us.”

The Salman Khan and Ali Abbas Zafar union have created magic, nay blockbusters, on the big screen before. Together, they are unstoppable as they have created history after delivering the smash hit flicks: Sultan and Tiger Zinda Hai. This only reminds us the previous superhit director-actor super-hit jodis like Amitabh Bachchan-Prakash Mehra, Shah Rukh Khan-Yash Chopra, and David Dhawan-Govinda.

‘Bharat’ can easily be termed as the most awaited movie of 2019.

Read Also: 3 Professions Salman Khan Made Hotter Thanks To His Characters

This Is How Amitabh Bachchan And Aamir Khan’s Trained For The...