HotFridayTalks
Home Food Having Biscuits With Gravy? Interesting Facts You Did Not Know!

For those of you who didn’t know, the second week of September is the official “National Biscuits and Gravy Week”. Celebrated in honor of delicious homemade biscuits and gravy, people like to experiment with different kinds of biscuits and gravy for friends and family to enjoy. As with any other dish, it comes with several variations that could come from region to region. Here’s all that you need to know about this interesting Week –

How Do People Celebrate This Week?

Traditionally, people would observe the Week by making special biscuits and gravy for the occasion. Also, a popular dish in the Southern United States, the dish is made of soft-dough biscuits with sawmill or meat gravy poured over it. The meat sauce, in turn, would be prepared from white flour, milk and drippings of pork sausage. It can include ground beef, sausage or bacon that would be flavoured with black pepper.

The origin of the modern “biscuit” comes from American English and British English, and the term can mean two completely different foods. The North American cookies, or hard biscuits, would actually be a twice-baked crispy bread which would be a “scone” in Europe. The European settlers had brought ground wheat, meat and gravy with them along with a simpler style of cooking the same. Pigs were brought from England in 1608, and they were soon reared for their meat. A fun fact: the Middle French word “bescuit” originates from the Latin words ‘bis’ (meaning “twice) and ‘coquere’ or ‘coctus’ (meaning “to cook” or “cooked”) – essentially meaning, “twice-cooked”. Originally, biscuits would be prepared in a twofold procedure – first baked, and second, dried in a slow oven.

The dish spread during the American Revolutionary War when food had to be inexpensive yet substantial. From then on, ‘biscuits and gravy’ have become a popular breakfast dish. The recipe could be served in a variety of ways such as with egg gravy, sausage gravy, tomato gravy or by making a roux.

A delicious meal for those who like to try out new dishes, this is something that you customize according to your food choices and an enjoy a great breakfast. 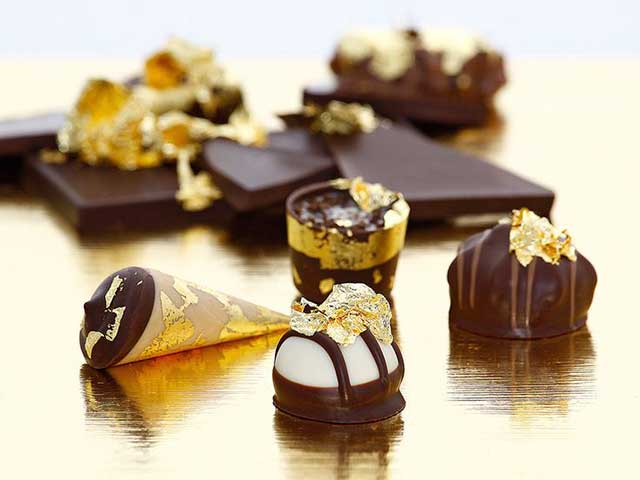 All You Needed To Know About Edible Gold And Silver Leaf