HotFridayTalks
Home Food Have You Ever Eaten The Stinging Nettle And Fiddleheads Fern? 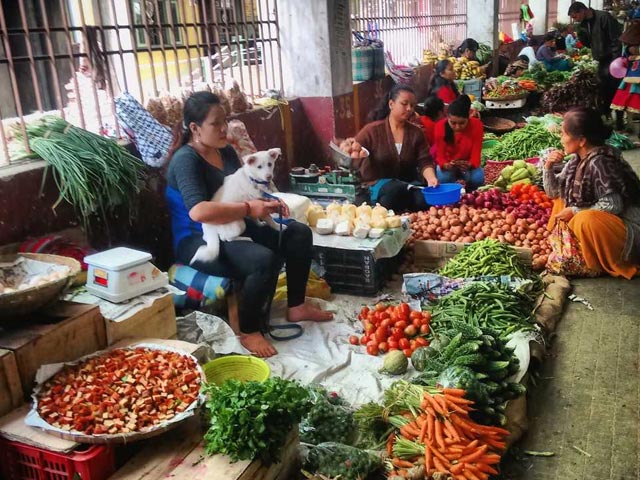 Fern fiddleheads and stinging needles sounds like funny and strange names for food right? But these are the vegetables, we the hill people crave for living far away from the hills. These and many more strange sounding names are rarely eaten in other parts of India, but these wild vegetables are the most exotic food items, most sought after by the finest chefs from all around the world.

People mostly think that the hill people are hard core non vegetarians, but only a few know that they have some of the rarest veg food items. Time to make you familiar with some of these exotic vegetables and the dishes made from them.

Stinging Nettle That Can Easily Be Tamed

The plant that can be tamed and loses its sting after being cooked is a favourite among the people in the hills, not only because of the taste, but for its medicinal uses. The plants tender leaves, shoots and flowers are used for cooking and tastes like spinach, people use it in soups and stews or added in rice or just sauteed and eaten with rice. This thorny plant is a delicacy in many popular cuisines of Vietnam, Thailand and many other countries. It is known as Sisnu in the local language.

This fern, which is called Ningro, in the local language, is a delicacy in many countries but is found abundantly in the hilly regions of West Bengal. It is not grown commercially but is sourced by the villagers from the dense forests and sold in the markets. The ferns tastes like asparagus and has a nutty flavor and can be cooked as a vegetable, or added to non veg items, which enhances the flavor of the dish. Because of their short season people also pickle the fern.

This Edible orchid flower is known as Nakima in the local language, and is found in late summer. The buds and the open flowers are made into curry, they taste and texture is like mushroom but is slightly bitter. Since the season is short lived, people pickle the nakima.

Watercress, A Leafy Green Believed To Be A Staple For Roman Soldiers

Watercress also called Simrayo, in the local language is grown wildly and naturally in the hills, they grow best in wet swampy unpolluted water bodies. The leaves and the stems are both edible and is slightly peppery in flavor, many use it in soups but in the hills it is cooked as a vegetable or added in meat dishes. Because of its medicinal values people even dry it in the sun and store it and use it whenever required.

Rukh Tamatar in the local language, literally means tree tomato. It is a bright red or golden egg shaped tropical fruit is tangy, sweet and somewhat like kiwi or passion fruit. It is used to make chutneys, pickles and added to meat dishes. In international cuisines its used in recipes of salsa and sauces. Rich in vitamins, this tangy fruit can be eaten as a fruit too but tastes excellent when it is made into a chutney.

Next time you are in the hills and staying in homestays, then ask for some ningro, sisnu, simrayo and rukh tamatar and I am sure you will love them and ask for more!

Some Unique Japanese Ingredients That Are Unimaginable!