HotFridayTalks
Home Food From Brazilians To Mexicans How The World Loves Their Rajma. Rajma Rice... 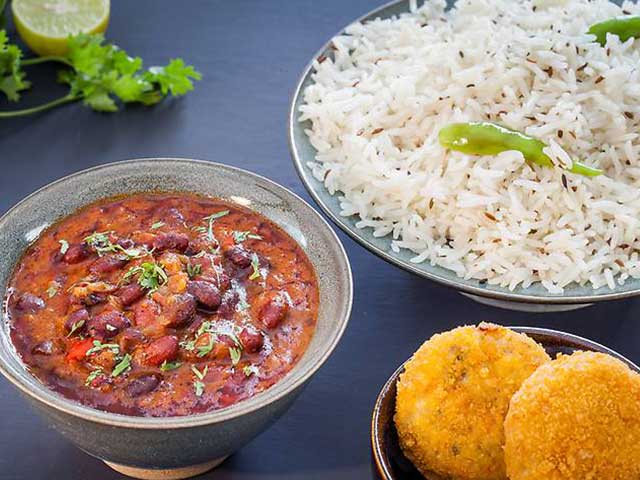 What is it, that a steaming hot bowl of rajma chawal can’t fix? None, I would think. And I guarantee that there are many of you out there, who share the same sentiment as mine.

And while we may pride ourselves on the fact that we hold the keys to one of the tastiest, most velvety of the combinations that nutritionally balances carbs and proteins, truth be told, most countries around the world have some or their own version of the very humble but eternally loved combination of rice and beans. After all, the beans were not really an Indian staple, they originated in Mexico and were brought to India by the Portuguese.

So, while we are all too familiar with the Indian version of rajma rice, served best with a dollop of butter and side relish of nimbu and pyaaz, let’s have a look at how the world loves their beans and rice.

Arroz Com Feijao : The Brazilian version of black beans and rice, comes a close second to our household pot of relish. In fact both in terms of preparations and ingredients, the dish seems like one anothers’ close cousins. The Brazilian love for their rice and beans runs even deeper, as while we as Indians still have a variety of other pulses and veggies that enjoy the same pedestal as rajma rice, for Brazilians this combination forms the core of their eating.

Ghormeh Sabzi : Or the Persian herb stew is how the Iranians love their kidney beans. Eaten much like we eat our curries topped on a layer of rice, the gormeh sanzi combines the goodness of beans along with local herbs for the middle-eastern version of rajma rice.

Italian red beans and rice: The classic combination is a hit in Italy too. The traditional Italian version included some meat thrown in the bean curry and this was left to simmer for hours. It gets a smoky and thick stew like texture which is enjoyed over rice.

Mexican Chili Bean rice: A must try in any Mexican restaurant, this is the hot version of our own rajma rice. The rice is cooked along with jalapenos, capsicum and kidney beans in a spicy preparation. So, if you are stranded in Mexico, fear not as you will get enough of your rajma to survive a lifetime!

The Boring Broccoli Is Good For Liver, Here’s How To Make...