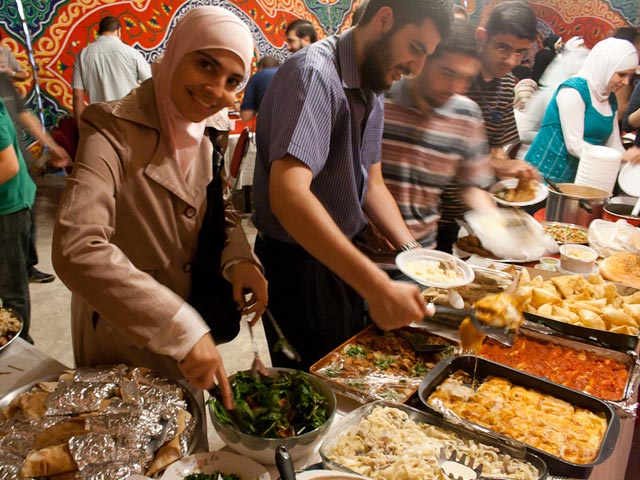 Anyone who has been a part of iftaar, the traditional breaking the fast meal during the Muslim month of Ramadan would agree that it is an immersive experience. As the fasting souls reach out for the food and drink that they have been abstaining from through the day, the sentiment is less about hunger and more about the joy of understanding and controlling our urges. The meal time during the entire month is no less than a festival for Muslims around the world. No wonder, then that most countries have their own traditional dishes that are served during the time of Ramadan. Here’s looking at some of the most interesting traditional dishes enjoyed around the world during Ramadan

In the streets of Turkey and in Turkish household arrival of Ramadan is announced in a very sweet way. Womenfolk and sweet shop owners begin preparations to make Gullac – a special pastry made with milk, dried fruits such as walnuts and topped with pomegranates. The dish literally translates into a dish of roses. And while rose syrup forms an important constituent of the dish, it is also delicately arranged to resembles the leaves of a rose.

Harira – A Wholesome Soup From Morrocco

Moroccan Muslims like to break their fast with a dish that is full of proteins and nutrients but is prepared in a light soup format so that is not heavy for the body to indulge in after a long spell of fasting. The primary ingredients are chickpeas, tomatoes, flour and meat stock.

Harees – A Robust Stew From Arab

People in the Arabian peninsula indulge in a robust, high-energy and replenishing dish called Harees. According to legends, the tradition of this dish has been carried on from centuries. Made out of coarse wheat and meat, the dish is enjoyed in the sub-continent too with a slight variation and is called Haleem.

Kolak – A Palm Sugar Based Dessert From Indonesia

The iftar staple amongst the Indonesian population is a dessert called Kolak. Made with locally found pandanus leaves it is a common sight during Ramadan at road side stalls. If you happen to be in Indonesia during Ramadan, you must partake of this innovative dish.

People in Lebanon and other regions of Arab also like to take their greens seriously during Ramadan. A salad tossed with seasonal greens, toasted flat bread and herbs is a favoured meal for breaking the fast. The salad ensures nutrients without being rich or greasy and is a perfect iftar meal.

Read Also: Refreshing Drinks To Have During Ramadan

Things To Do Tonight @ Guwahati