Most people, however, classify shrimp and prawns based on their sizes. The terms ‘shrimps’ and ‘prawns’ are often used interchangeably and given the thin line of difference between them in culinary regard. Yet, of course it is nice to know the differences between these two crustaceans irrespective of the fact that you like to cook or not (we are not going into people interested in zoology).

Is It Shrimps Or Is It Prawns? Their Body Says It All

Shrimp have gills that are lamellar or plate-like. Shrimp have claws on two pair of their legs, the front ones are the largest. Shrimp can be identified by a distinct bend of their bodies. Another anatomical characteristics of shrimp is that their second segment overlap the first and third segments. Shrimp carry their eggs outside their body just beneath their tails. Shrimp are typically marine crustaceans.

Prawns have branching gills. They have claws on three pairs of their legs, of which the second set of pincers are the largest. Unlike shrimp there are no bend of bodies in prawns. Their body segments overlap the next segments in succession starting from the front. Prawns carry their eggs inside their body near their tails. Prawns are mostly freshwater creatures.

Shrimp And Prawns; It’s The Size That Will Tell

Just when you thought you have got these differences between shrimps and prawns, comes some more confusion; shrimp, for instance the ridgeback shrimp, are technically prawns, while some prawns, like the spot prawns, are biologically shrimp!

Confused and pulling your hair out? We don’t bam e you but here is one easy guide to help you know the difference why buying shrimp or prawns: the smaller ones are shrimps and the ones that are a bit larger in size are prawns.

Shrimps Or Prawns? It’s All About The Recipe

To the common tongue there won’t be much of a difference in between shrimp and prawns. In general, though, prawns are ones with a slightly sweet taste than the shrimp. Beyond that the taste of shrimp and prawns often depend on the location of them being caught, and how long have they been there in storage before arriving on your dish. Of course, different varieties of both might have different taste and texture to them.

Different dishes, however, calls for the two differently. Some recipes might need shrimp while others may call for prawns. Yet, you could interchange these without much of a difference to be felt on the tongue.

Who’s The Star Of The Show?

In global cuisine and kitchen, the show stealers have been prawns. Prawns, usually, are more expensive than shrimps. But, when we speak of pop culture, shrimps have stolen the limelight. In 1884, Paul Hogan featured in an ad that was promoting Australian tourism. The end words of the ad as spoken by Paul Hogan were: “I’ll slip a shrimp on the barbie for ya”. Originally the copy read ‘prawn’ instead of shrimp, but it was later changed, as the ad was commercially targeted at Americans, who prefer the latter. The famous phrase has gone on to become the way of greeting the Americans by the Australians when meeting for the first time.

Shrimp became the star of the show another decade later. In 1994, Forrest Gump learns cooking shrimp in different ways from his fellow soldier Benjamin Buford “Bubba” Blue. He had taught Forrest that

Whether you buy shrimp or prawn, It is suggested that you buy fresh shrimp or prawn rather than frozen, as the older they get, they develop a rubbery texture, which might not taste all that great.

So, now that you have learnt to differentiate, go ahead cook them and enjoy them! 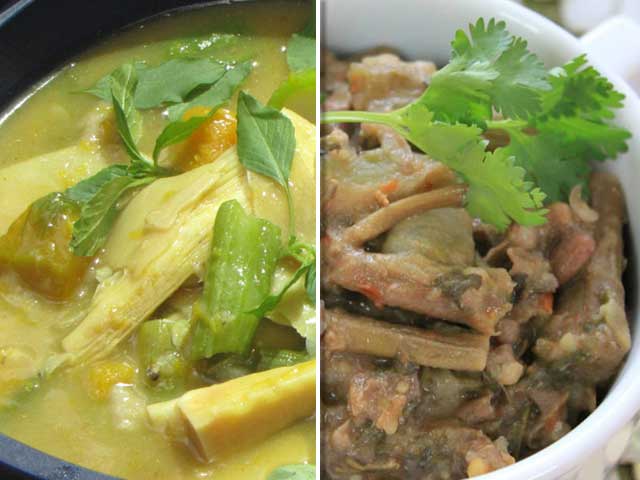 All You Need To Know About The Food Of Tripura