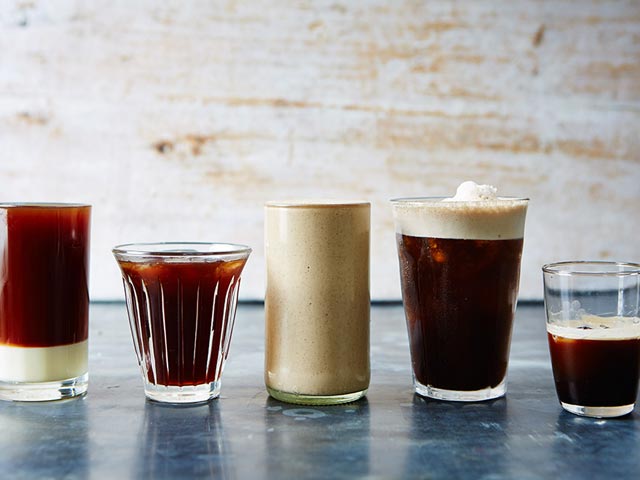 Summer has set in and all one wants is cool refreshing beverages. For coffee lovers, it’s time to switch to cold coffee. Cold coffee is made differently in different parts of the world. Let’s take a look at the best coffee producing countries and their way of making cold or iced coffees.

Colombian coffee is known as the best worldwide. It is called the coffee capital. Arabica beans are grown and harvested in abundance. Coffee that is brewed without the use of heat is known as cold brew. The cold brew process uses twice the amount of beans as compared to hot coffee. The drink takes twenty four hours and once produced is lower in acidity level and leaves a sweet flavour. Once brewed, the coffee is poured over ice and served. Every strand of bean from every different region in Colombia has a unique flavour.

Coffee is known as “Ca Phe Soon” in Vietnam. Robusta beans are the most popular and largely available in this region. Coffee was introduced to Vietnam by the French colonists. Limited dairy produce in the county, led to the discovery of the art of mixing coffee with condensed milk. Hence, giving birth to one of the most popular iced coffees in the world. There are other unique coffee preparations, like mixing the coffee with fruits, yogurt and eggs. Any person with an experimental nature would love Vietnamese coffee

Brazil is one of the largest exporters of coffee in the world. It has fourteen regions that produce both Arabica and Robusta coffee beans. Brazilian coffee posses low acid content, soft, nutty and chocolatey in flavour naturally. The best manner to indulge and devour its flavour, is to have it as a cold brew. To extract the flavour, the ground beans are steeped in cold water for long periods of time. Another preparation is known as “Mocha Cola”, a mix of cola, coffee and vanilla ice cream.

Cuba is known to grow some of the best Arabica coffee beans. Most of the local brewing processes involve sweetening of the coffee, with a shot of demerara sugar. Cafe Con Leche, is an iced coffee preparation with a smooth, sweet and strong texture. The coffee is a mix of espresso, cinnamon, ice cubes and espuma. The coffee foam called espuma is created by mixing Demerara and coffee. Every cuban meal ends with tiny servings of coffee.

If you’re a coffee lover, make sure you try them out the next time you travel to these places.

From Acai Bowls To Acai Shakes, Why This Berry Is The...