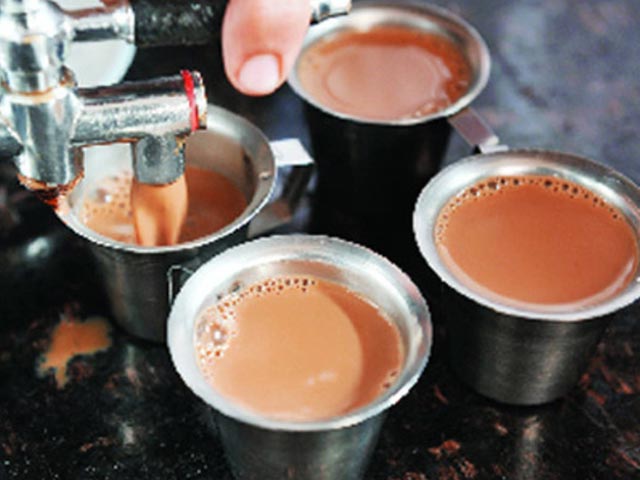 If you are walking in the by-lanes of any busy area in Pune, you are sure to find numerous chai tapirs, serving either amrutulya, or the recently popular tandoori chai. Chai plays a very important role not only in the lives of Punekars, but in the lives of most Indians. The soothing aroma of a cup of chai simmering away is just absolutely lovely! Each region has its own chai specialty. The Assam tea, Darjeeling tea, butter tea, or even the malai mar ke chai have their own charm and are loved by the people of that region, and also by the tourists and travelers. Similarly, Pune has the amrutulya.

The amrutulya shops were established in Pune around the 1950s-60s. None of the stalls actually have chai that tastes the same, there is some variation in every shop as the masala is different!

First things first. Amrutulya means ‘like amrut or nectar’. This tea is considered to be as sweet and ambrosial as the heavenly nectar itself! It is believed that the way the gods and goddesses used to churn out nectar, the Puneri shopkeepers churn out tea. Well, you can decide if amruttulya actually deserves the title, after tasting it.

How Is The Amrutulya Different From Other Chais?

Amrutulya chai is not brewed like our usual ‘ghar ki chai’. It is instead cooked in front of you. The milk and water are boiled together along with the chai patta, loads of sugar (the nectar has to be sweet after-all) and masala consisting of crushed elaichi and adrak. The chai doesn’t have clove, cinnamon, lemon grass, or tulsi. Also, it isn’t boiled as much as the usual cutting chai. The chai is stirred continuously to ensure that it doesn’t overflow.

The unique thing about this variety of chai is that it is cooked in a brass vessel, and the longer it stays in the vessel, the tastier it gets. So the older the chai, the tastier it is!

The amrutulya is a pretty sweet yet flavorsome sup of tea. A reddish tinge of colour with a lovely fragrance and a ‘nectar-like’ taste is what makes the amrutulya perfect! Chai lovers, ready to try this one?

If You’re In Ladakh This Summer, Try These Local Foods