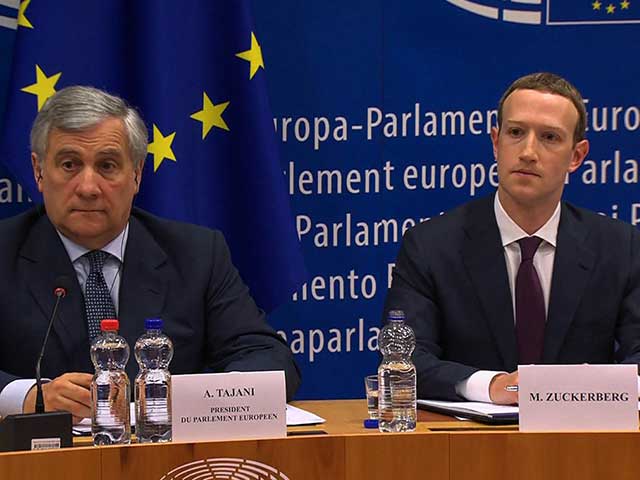 The European Parliament initially invited Zuckerberg to testify a month ago, but the CEO only agreed to come to Brussels now. He must have been unprepared for the barrage of questions that hit him on regulation, transparency and data security. His stint at the US Senate was described as a child explaining technology to his grandparents. So, he must be taken by surprise by the pointed questions and intricate enquiry at the European Parliament.

It was awkward to say the least. Many of the members of the parliament skeptically asked Zuckerberg whether his company would be fully compliant with the laws, known as General Data Protection Regulation.

At one particular moment, Zuckerberg was directly blamed for Trump becoming President and for Brexit. As without the power of social media, these things would not have happened. Nigel Farage, the well-known euro-sceptic and far-right leader asked a flabbergasted Zuckerberg.

For the better part of the meeting, which was scheduled to last a little over an hour, the politicians lobbed their questions and reflections on technology at Zuckerberg, who, at the end, repeated talking points he’s given to US lawmakers, journalists, and investors over the past several months. He ended up repeating himself, and was very close to an imitation of the rhetorical parrot.

He was even asked if Facebook had become a monopoly, and why it should not be broken up? The lawmakers took great pains to point out to Zuckerberg that policies that work in the US will not necessarily work in the EU. For example, they pointed to the differences in the treatment of free speech. In Europe, Nazi propaganda is not acceptable, while in the US it falls under freedom of expression.

Questions of political campaigning, propaganda, fake news and public biases came up. The lawmakers also appeared not to be satisfied with Facebook’s past answers on the Cambridge Analytica scandal, and worried about Facebook’s ability to protect the upcoming European Parliament elections.

Mark Zuckerberg seemed to be losing his footing, and ended with a promise to give other answers in writing. He really seems to be facing a real battle, if his empire is to maintain its identity as it is now.

Have You Heard Of The People’s Restaurant In Kerala?