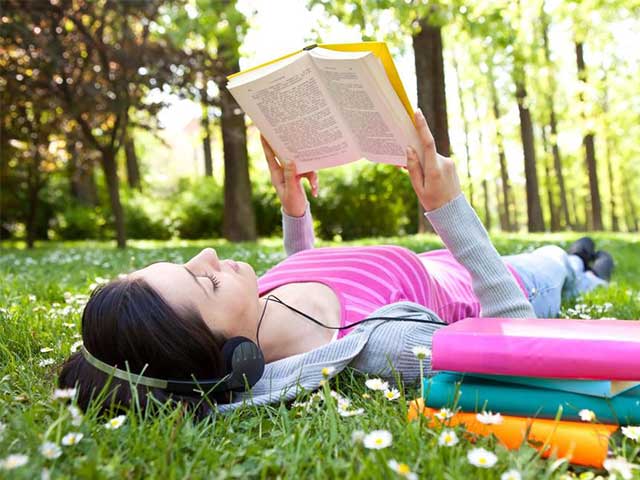 There are always more books to read than the hours in a day and some books are better if they are read at a certain age. Here is a list of some old and some new books that every teen and young adult will thank me for suggesting 🙂

1.Tuesdays With Morrie by Mitch Albom

We all have that one older person in our lives we turn to for advice, that one person who gives us the best advice without judging us. For the author, Mitch Albom his college professor Morrie Schwartz was exactly that person. It’s a beautifully written book, which subtly tells us without being preachy, about how to live life. This is a book is a must have on every teen or anyone booklover’s bookshelf.

2.The Perks Of Being A Wallflower by Stephen Chbosky

The book follows the main character Charlie’s transformation from adolescent t adulthood. It has everything that a teen would relate to from family drama to first date, new friends, sex, young love etc. Even though this book was written in the 90s, it is relatable even today.

3.To Kill A Mockingbird by Harper Lee

Harper Lee won the Pulitzer for this book in 1961 and it was absolute well deserved. It’s an unforgettable and deeply moving book about childhood. The book has been translated into forty languages.

4.The Boy in the Striped Pyjamas by John Boyne

The Boy in the Striped Pyjamas is a book about a strong friendship between two boys who are live in very different circumstances. The book is set during the Holocast and is a perspective of a nine year old German boy.

It’s one of the most impactful and amazing books. The story is brilliant and revolves around World War 2, the perspective of death in this book is intriguing. The protagonist is a young girl, who is in a difficult situation and reads books as her escape. It’s a must have, one that you may want to re-read.

6.The Strange and Beautiful Sorrows of Ava Lavender by Leslye Walton

This book is very unique, an intricately woven story. It’s about a girl who is born with wings and she lives on the streets. You feel like a part of the book, the characters are magical you could say i’s magical realism.

This one is for everyone who is graduating from high school and getting ready for college. It’s a book every teen will relate to. You can actually see your life written down. There is no serious drama but it’s a fun quirky book.

It’s about a boy who has a facial deformity, it’s a story about figuring his life and how he learns to embrace his deformity. What’s interesting about this book is that it is written not only from the main character’s perspective but also from the perspective of the other characters. It’s a warm and inspiring book.

9.All The Bright Places by Jennifer Niven

It’s a book that combines the young adult fluffiness with the serious issue of anxiety and depression. The author tells the storyy well, it’s full of vivid descriptions and you feel like you’re actually there with the characters. She’s dealt with the issue of mental illness in a very sensitive and delicate way.

This book by Nicola Yoon is a beautiful read; it’s about a girl named Maddie who is severely allergic to the outside world. She has been living inside her house and hasn’t seen the outside world for 17 years until one day a young guy almost her age moves into her neighbourhood and changes things. It’s a complete page turner, a book that’s impossible to put down.

11.Just One Day by Gayle Forman

This book by Gayle Forman seems like a romance at first but as you read it you realise it’s more about what you can accomplish when you try hard and push yourself. It’s all about self discovery.
Now that you have the list, just switch off that gadget and curl up with one of these books!