HotFridayTalks
Home Culture Why Can’t There Be Equality In A Relationship?

Love is a tricky concept and maybe that’s why it has no single definition. We all find our partners in someone who we feel we are most equal with, assuming that we would be understood better. But are you sure your relationship is equal? And can you imagine that there’s a possibility of revising this definition for yourself so that you can better deal with the downs in your relationship? if yes, then here’s a slight reality check.

A cent percent equal romantic relationship (or in fact any personal relationship) isn’t possible. Because if it were, relationships would never have any ups and downs, no dynamic changes or in fact it wouldn’t be anything humanly. If you already are on the edge of your seat to criticize this piece because your relationship is totally equal at all times, I’d like you to think about all the fights that have happened with your partner. How suddenly you felt a change in his/her needs, interests, and desires over time – or even daily!

Here, I do not attempt to justify the phrases like “whipped boyfriend” or “a deferent woman” in a relationship. Instead, I attempt to bring to notice that how small power imbalances are very much inherent in any relationship and it’s time we accept it in the spirit of being more tolerant towards an individual’s dynamic characteristics. Doesn’t it feel at some points of time that you are more invested in your relationship than your partner is? It does, doesn’t it? It’s okay to feel so, especially in the initial years of the relationship. It is okay to take initiative and put in extra efforts when your partner is overly-stressed or emotionally distant for some time. So, if there are times you find yourself reaching out first, think about the imbalance in investment and accept it happily instead of cribbing about it.

Attacking Feminism? No, Not At All.

While talking about romance in relationships and the ever-existing power imbalance within that, I’m not ruling out the importance of feminism in relationships. Sure, each partner should have the agency to express themselves romantically. But don’t you think attempting to hit that equality bar every time can be a bit taxing for both of you? Like, imagine getting all stressed out to find a similar costing gift for your partner just because s/he got something for you on your birthday. Or, talking small, asking the other to cut down those ‘Good Morning’ texts just because you don’t like typing half awake. What I mean to say is, there will always be one of you two to put in more efforts at some point of time, be it in listening more or talking more, hugging tighter or loving more. And that’s fine!

The key, however, is time. Reflect on those imbalances and their occurrences (yes, you can use tally marks :P) The problem comes when there is a clear imbalance of love within the relationship. Notice the amounts of time when you are the one to do it all- making plans, driving down to see them, sharing more, apologizing first and so on. Note your saturation point and talk it out with your partner. If you still feel that efforts are needed only from your side to sustain the relationship, you can take your decision. Sure, there might be relaxation in fixing problems and saying that “Sorry”, but you needn’t be the only one to say it all the time. Because both the parties are imperfect, i.e. human and both of you make mistakes, i.e. act humanly.

So, there’s a need to accept a little imbalance in relationships. It is to give space to the other person to evolve, to surprise! And then, the extreme and problematic imbalances can be corrected too, eventually.

The symbol that comes to my mind when I talk about love is that of a see-saw. If you’re on the top at some point of time, you’ll come down too eventually. (and That’s what she said :P) 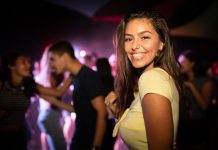 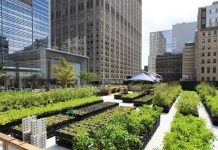 Why I Would Love To Watch A Male Actor Perform An...