HotFridayTalks
Home Culture Which Of These Holi Personalities Are You? 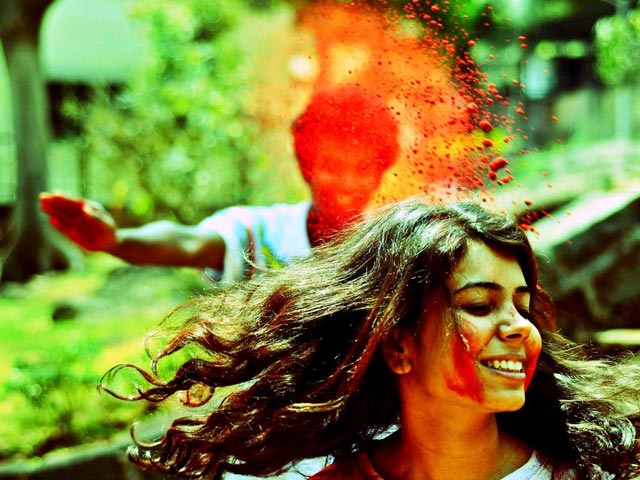 The festival of colours, Holi is back once again and so are over enthusiastic extroverts, whom Biswa Kalyan Rath termed as “silvers”, ready with their arms of buckets and hose and balloons. But it is a good time to remember that not all human beings are created equal in terms of their attitude towards this day, that Bhakts swear Surf Excel has hereby ruined for them.

If you pay a little attention to your surroundings, on the day of Holi, these few archetypes would unmistakably cross your sight, no matter which part of the country you live in.

The Ones With A Mission

If Holi is cricket, then these people are the amplified Virat Kohli. They probably go on a caffeine only diet three days prior to the festival to make sure their energy levels are ALWAYS up, a little disturbingly up if it may be added. You might think that this holiday (get it?) is good chance of relaxing but not for them. They have an agenda and unless every person within a radius of half kilometer around them is smothered in cheap apint, or even mud, the revolutionary shan’t sleep.

There is always that one person at a holi celebration who is too shy to take part in the whole scheme of colouring, but secretly love being smeared in colours. Social anxiety can truly rob one of the colours of life, eh?

Now you might be one of those people who love colouring everybody around you because, bura na maano holi hain, right? Wrong. You don’t mess with the Ninjas with your little saturated powder sachets and water filled balloons. “But a tika should be okay, right?” Wrong, again. Until and unless you want your arms chopped off and used as the medium to get your own cheeks painted, better leave these people be.

Think the best thing about holi is playing with colours without getting advised to visit a psychologist? No. That’s the third. The first- bhaang. The second- dancing after drinking bhaang. For these people, the motto is “dance like nobody is watching” and there is nothing wrong to seek some extra help of the special thandai to attain a blurry vision. Now even if anyone’s watching, you wouldn’t know. Life: hacked.

Which idiot thinks it is a good idea to wear fashionable clothing on the day of holi? Well, these ones. You better be careful with your gulaal around these Instagram #baddies. One pich and the next moment you will be sued in the court of influencers for ruining a perfect knock off saree from your favourite designer.

Now, whether someone’s anthem on Holi is “Rang De Tu Mohe Gerua” or “Na mujhe chhuna na, pari hoon main”, it is important to remember that personal boundaries are there to be respected and not everyone feels the same way about this festival. Just because they both start with H, does not mean Holi equates Harassment. Also maybe it is time for humanity to get rid of the silver colour powder, isn’t it?