HotFridayTalks
Home Culture What Did The Japanese Teach Us This World Cup? 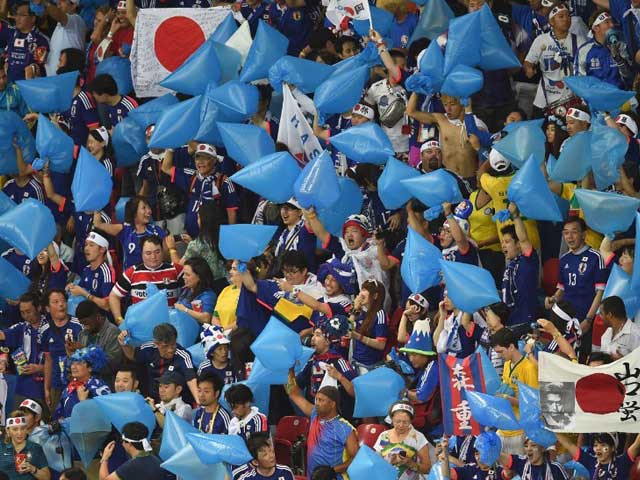 Football on more than one level has always been a reflector of culture. It’s not only the Japanese football team that’s winning hearts after their first victory since 2010 in Football World Cup on Tuesday against Columbia. Fastidious Japanese football fans took it upon themselves to clean the stadium after the match before celebrating this much awaited victory. After a high surging soccer game, the field and stands strewn with heaps of garbage materials and trash making the task of cleaning all the more challenging and daunting. They took a break from the glory of celebration and established themselves as the greatest example to urge more people to follow suit. This has been a commendable gesture on the part of our fellow Japanese.

This is a practice not entirely new in the Japanese. They have imbibed a keen sense of cleanliness and hygiene throughout their lives. Cleanliness is absolutely important to them. This habit has been inculcated and drilled into them from a very tender age. Their workforce labor is well regulated and they are taught to take up responsibility for their own actions. What you saw in the stadium is merely an extension of basic habits since as students they are taught to clean hallways and corridors a routine termed in Japan as O soji. And you know what they say; you wouldn’t want to shit where you eat. In Japan as elsewhere in the world, work and duty is held in the highest esteem. India, are you listening?

While people in India have no lack of motivation or drive towards work, we have been struggling with cleanliness. Such third world problems! One factor which stands between India and development is the uncontrollable population and the lack of planning of settlements. While people read E.V.S in almost every school, they rarely learn anything. It’s time to heed the warnings our environment has been sending us and start taking responsibility for the damage we have caused, because who else is to be blamed for the omnipotent dirt and unhygienic conditions we witness around.

Such a small gesture from the fans can teach so much. The need for cleanliness shouldn’t come as a surprise especially if you’ve had the opportunity or firsthand experience of walking the clean and spotless streets of Japan. This has attributed to them a reputation for tidiness which is not likely to go away anytime soon. This was undoubtedly the best moment in the world cup and what we can do instead of just praising and appreciating them is learn a lesson and follow their lead. It takes not much to make the journey from developing to developed.

Dressing Up Tips For Staying Up To The Mark