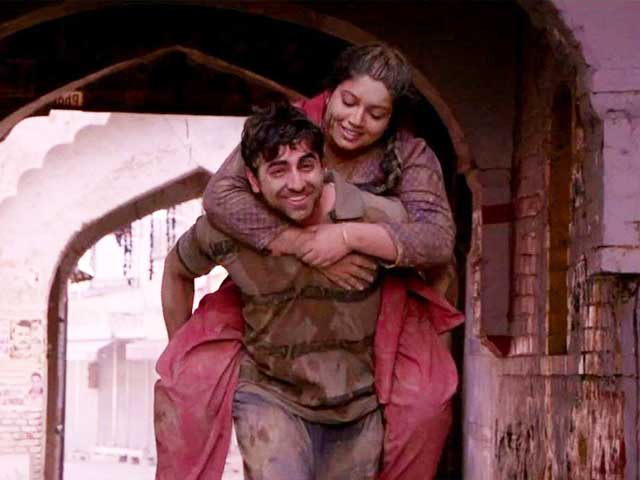 The scene where Ayushman Khurana carried an overweight Bhumi Pednekar to the finish line to win a race, was one of the most iconic scenes in the film, Dum Lagake Haisha. But did you know that such a sport does exist and it wasn’t fictionalized. There are many more such bizarre and hard to believe kind of games and sports around the world and we’ve listed some we thought were interesting.

This sport has its origins in Finland and it is an annual affair. The game involves a man carrying a woman on his back and unlike what the name suggests, they need not necessarily be husband and wife. The object of the game is to run through obstacles while carrying the woman on his back without dropping her and touch the finish line. The first one to reach the finish line is the winner.

(Image Credit: traditionalcustomsandceremonies.files.wordpress.com)
Two people lock feet and the objective is to battle with their toes and try and pin each other’s foot down. Sounds fun? You could probably try it with your partner on your next date night!

If you thought games were limited just to the toes, here’s one that involves the fingers; Fingerhakln a traditional finger-pulling competition played in Germany. Played by two, the opponents sit across each other and hook their middle fingers into a leather ribbon and pull the other over the center line on the table.

As a child, if you’ve read and enjoyed the story about the enormous pancake that rolls away and has a whole lot of people running behind it to get their hands on it, you might just enjoy this game. Played in Britain and New Zealand, large cheese wheels are rolled down the hill and the person who catches it gets to keep it. I would definitely go for it!

Here’s how to control the urge to spurge