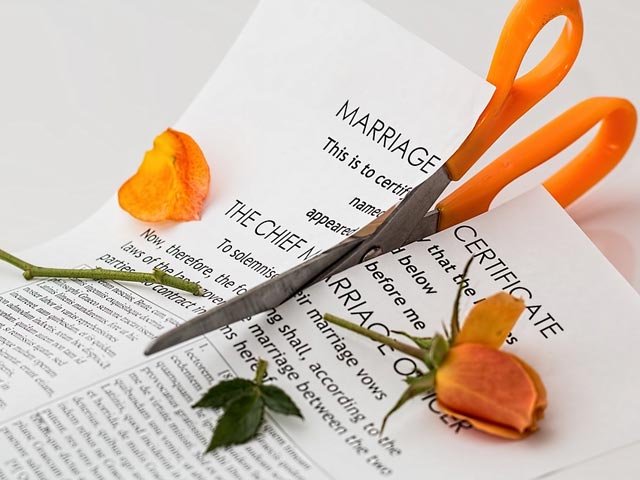 So what do women who are in a relationship with a married man usually say?

One common statement I hear whenever I meet the girlfriend is that “The wife couldn’t keep the man happy.” That the wife is the culprit. This is such an amazing rationalisation of the mind! I feel amused every single time I hear this wife bashing. So, apparently, the man usually approaches a new woman with a sad and unhappy story about his marriage. Sometimes, it is true. The marriage is unhappy. However, most of the time, it is the sheer mundaneness about the routine and excessive familiarity, along with lack of excitement that compels a man to find happiness elsewhere.

He Is Going To Get A Divorce

A lot of women, have issues with their self esteem. Sometimes, they can feel a “saviour” like power when they decide to help the man. The feeling of incomparability, the Goddess of love, the sheer excitement of a competition, gives them a chance to feel worthy about themselves.

“He wants to leave his wife. But he just cannot, because she has her claws around him”. This is another statement I often keep hearing. It is so surprising how similar these statements are. Almost every man who is having an affair, either makes promises of leaving his wife for her, or he cannot leave his wife but his true love is the girlfriend, and he is convinced that he is a VICTIM of social norms.

If I Cannot Marry Him, I Will Never Marry

Honestly, this is the most self destructive situation anyone can be in. A married man, definitely can seem very mature. He also is the provider and caregiver in his family and that just makes him very desirable. The girlfriend obviously wants what his wife has. But she secretly hates his wife, so she feels she deserves this better than her. This thought process can lead to a very painful journey for all three involved. Because, here the girlfriend keeps waiting for the divorce to happen. In innumerable cases, the divorce never happens, and neither does a separation. She keeps hanging on to the hope and ends up making major life decisions based on the man.

Obsession with a married man is far greater than with a single man. A lot of times, when the affair progresses, the girlfriend starts feeling more and more possessive, and starts wondering what the man must be doing with his family. Soon, this behaviour

Well, now comes the most surprising part – I have also had an opportunity to meet these men and help them resolve their own confusion. And in that, it is very clear, that it is a CONFUSION. Most men often begin an affair without really thinking about the consequences. They obviously magnify the flaws in their marriage and fail to put any efforts in making their marriage work. Rather, they escape the reality of marriage and find excitement and emotional attachment elsewhere. Thereby, making things worse in their marriage and feeling no guilt for having the affair.

However, what happens to these men when the affair enters a very advanced stage? They get scared. His girlfriend starts expecting more out of the relationship. Especially, if she is single, she now wants to get married. The once perfect arrangement, suddenly turns into a full pressure zone. The wife now starts looking less threatening than the girlfriend. Also, around this time, the guilt starts surfacing and the wife seems more like the victim. Most often, the man starts distancing himself from his girlfriend and starts making amends in his marriage.

It is a constant ping pong of loyalties and perceptions. Some days, the wife is the best, then some days, the girlfriend is the best. It is a never ending yo-yoing of emotions.

Being the other woman in the relationship is mostly a very disadvantageous position to be in. If I, or any other therapist earned a thousand rupees, every time we hear “Oh, but he’s going to get a divorce”, we would be very very rich people. Because, it is unlikely that the man will choose you, even if he leaves his wife. There are exceptional cases, of course. However, to hope that this is also an exception for a woman who is the girlfriend in this relationship, would be quite risky. So, all you women out there, stop bashing the wife as well as the girlfriends. Both of you are fighting amongst yourselves, where the man gets to walk scot free.

If your man cannot end one relationship to begin a new one with you, then he never will end his relationship while being with you. Instead, he is going to slip into his comfort zone and enjoy the best of both worlds. So, make a wise decision, and wait for your love to end their relationship before your relationship even begins. If he truly does love you, he will not make empty promises. He will act upon his intentions. It is that simple, girls!

Sonal Sonawani
Sonal Sonawani is a Psychologist by profession. She is an expert at dealing with depression, anxiety and relationships since over 7 years. She is an International Affiliate with the American Psychological Association (APA). Her vision is to help couples build a strong relationship, along with suicide prevention in young adults. She is the Founder of Cedar, which works relentlessly to achieve this vision.
ShareTweet

The Woe Of Being A Non-Foodie In The Midst Of Diwali...