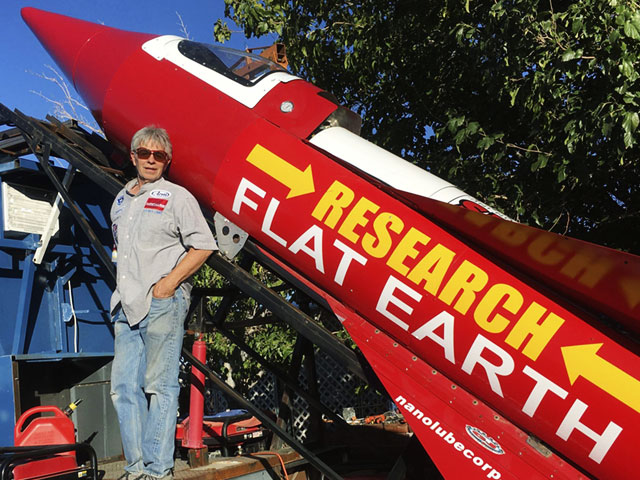 If you haven’t heard about 61 year old “Mad” Mike Hughes yet, you should know that he is a rocket man who is of the strongest belief that the earth is flat.

Last week, the man made himself fly off in the air, to a height of up to 1875 feet before he had a herd landing in the Mojave Desert. According to what he told the reporters who were following his ‘flight’, he only suffered some minor pain in his back after he launched from Amboy in California.

The human launch took place in the desert town of Amboy which is about 200 miles away from Los Angeles. While “Mad” Mike Hughes had originally been planning to try out the launch around November of last year, there were a lot of logistical issues that he was facing with the Bureau of Land Management and other mechanical problems that kept delaying his efforts.

Mike, who is a limo driver by profession, converted a mobile home into a sort of ramp and modified it in such a way that he could use it to launch himself from a vertical angle. This would help to prevent Mike from falling back on the ground. He has also been working for quite a few months now on how he can overhaul his rocket in his garage.

While the day of the launch was a very windy one and everyone thought the launch might get cancelled, Mike still went ahead with his plan and kept firing up his rocket. As he soared high into the sky with his rocket, he reached a speed of about 350 mph and then pulled at his parachute. However, his plan did not go as Mike had thought and he started falling down too fast, because of which he had to deploy a second parachute, which finally managed to break his fall and helped him land in one piece, with just a few minor aches.

When asked if he was glad that he took this adventure, he said he was very glad of it, and even though he would feel the pain in the morning and may not be able to get out of bed, he was still happy and excited that he did it.

The entire town is proud of Mike as the place is now being termed as “Rocket Town.”

Read Also: Here’s What India Plans To Build On The Moon 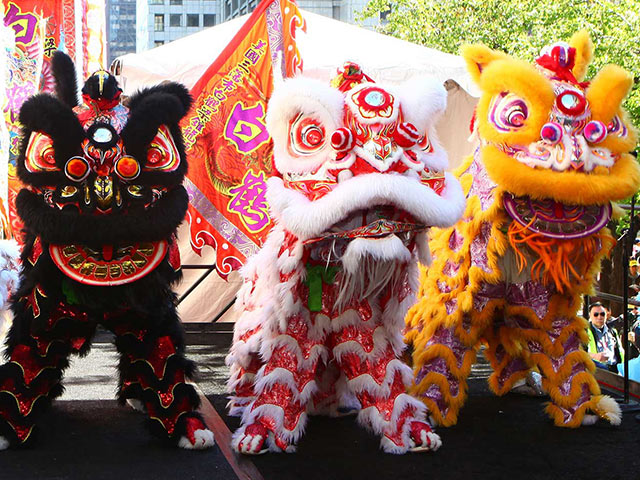 Every Dog Has His Year, As The Chinese Welcome Their Lunar...