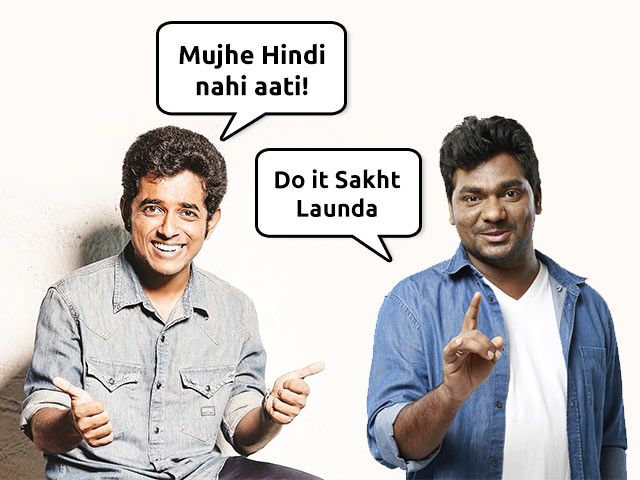 Have you ever felt that language no longer feels like a barrier? Thanks to Shahrukh Khan and Rajnikant, Bahubali and Karan Johar, even the tea vendor in Chennai understands when you say, “Chotu, chai lana”. Is this for the better, or is it the symptom of a tragedy?

India has been lauded for its composite culture. It is the land with claims that local dialects change after every 15 km. Linguists find it a cornucopia for academic research and practical observations. And now, unfortunately, we may be melting in the pot of Hindi.

Hindi gave the country its name, Hindustan. But one only has to hark back to post independence turmoil to remember that Hindi does not rule all the hearts in India. The Dravidian languages of the five states of Andhra Pradesh, Karnataka, Kerala, Tamil Nadu and Telangana have a history that dates back to the birth of Sanskrit. The rich Sangam literature grew parallelly with the Vedas.

But, all this will come to naught if the observations of the 2011 Language census follow a logical end. Currently, nearly 44% of India speaks Hindi. Between 2001 and 2011, Hindi grew at a rate of 25% to add close to 100 million new speakers. Among the 10 largest languages in India, Hindi is the only one that saw the proportion of its speakers rise.

But this rise means that other Indian languages are being relegated from the collective consciousness. While high population growth in North India has helped Hindi surge, lower population growth in the southern states has resulted in the proportion of Telugu, Tamil, Kannada and Malayalam falling.

In addition, growing migration from north to south has meant a greater presence of Hindi in the five southern states. In Tamil Nadu, for example, the proportion of Hindi speakers nearly doubled from 2001 to 2011.

Apart from south India, Hindi has also replaced Urdu, the prosaic and beautiful language of Lucknowi darbars and courts. The new generations of Islamic community as well as the poets and wordsmiths are turning to the popular tongue of Hindi, and abandoning the language of their ancestors.

While it is good for national unity that Hindi is growing in all the corners, it might be a death knell for the precious diversity that makes India the oriental dream.

Why Are Earthlings Obsessed With Mars?