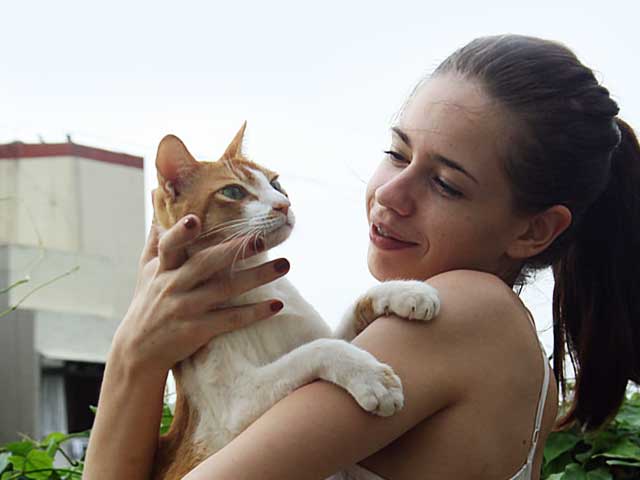 From Sheldon to Papa Hemingway, from Hermione to Alice’s Cheshire, cats have ruled our world. They are toasted as selfish, narcissist and haughty. And yet, the people on internet love the cat.

There have been countless memes, and the cat never gets old. Meows draw in more likes and shares than little else, and though there are other furry cute animals out there, the internet is a cat’s bastion.

BIG thank you from Eddie and I, for the 18M love 💙 Soo grateful! Hey does this make me an adult? Like an insta-dult? Haha this sense of humour just lost me some followers 😶

The answer could be that when cats look cute, they don’t try. Have you ever seen a dog play with a ball of wool? It just looks funny and awkward. Have you ever seen a squirrel in a cup? It looks lost and out of place. But put a cat in any instrument or utensil, and it just fits as if meant to be.

Cats do things because they want to. They don’t care for human validation or approval. And this is what makes them cool for the internet. The oozing self-confidence and attitudinal panache is a projection of human need for self-actualisation.

There may be no empirical reason why cats rule the internet. But it could be that they have a strong lobby of supporters and meme makers who use the internet as a propaganda machine.

The grumpy cat is a popular figure too. This cat meme garnered revenue greater than the market value of Mark Zuckerberg. According to a CNN report, there are 6.5 billion cat pictures on the internet. This means, every person on earth has one cat picture for them.

Whether it is the cat emojis, memes, teacup pictures or cute quotes, the internet has no reason for its feline fetish. So, hail the cat as no curiosity seems to kill it.