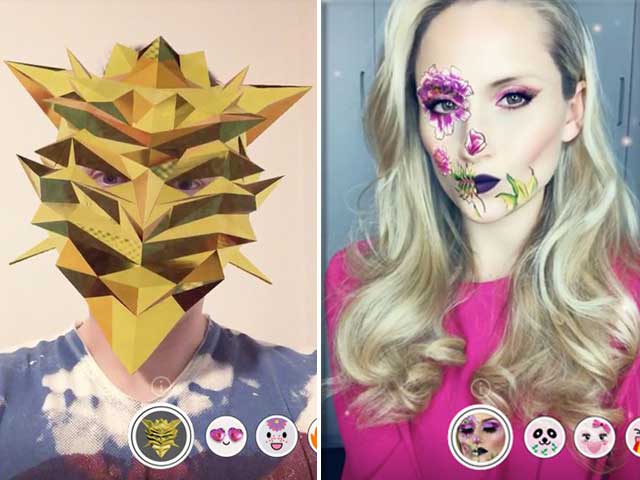 If you are bored of the nauseatic rainbow and the bunny ears, the googly eyes and the flower wreaths on Snapchat, here is a new feature that allows users to customise face filters and create as many new filters as you want.

Using its Lens Studio software, users can create their own selfie lens. To start, the company is adding seven new templates to Lens Studio, which allow people to create 2D and 3D augmented reality selfie lenses.

For the most selfie-addicted users, this means you’ll now have a lot more selfie lenses to choose from. In addition to the regular selection of lenses that rotate through the app on any given day, you can unlock new face filters created by other Snapchat users and artists.

In addition to new templates, the Lens Studio is also getting Giphy integration. In February, Snapchat added the ability to insert Giphy’s library of animated GIFs into snaps. Now, they can feature in lenses as well.

Not only that, if a particular filter goes viral, you will be able to see all Our Story posts created in 24 hours using that lens.

Snapchat launched Lens Studio in December in an effort aimed at creating a space for augmented reality artists to develop so-called “world lenses” that can be used to change the environment the user captures with their smartphone. Within two months, artists had submitted 30,000 of these lenses. Now, it is adding new features to build up its community of reality artists, and, in turn, attract and retain users.

While many are criticising the banes of Snapchat and the effect this kind of social media has on creating a FOMO anxiety among youngsters, Snapchat is also providing an entertaining avenue to test creativity. And while the earlier updates were criticised heavily, the recent feature may catch on better.

Read Also: Why You Should Know About Shadow Profiling, Even If You Are Not On Facebook