HotFridayTalks
Home Culture Shivaji Jayanti – What Did We Learn From The Glorious Life Of... 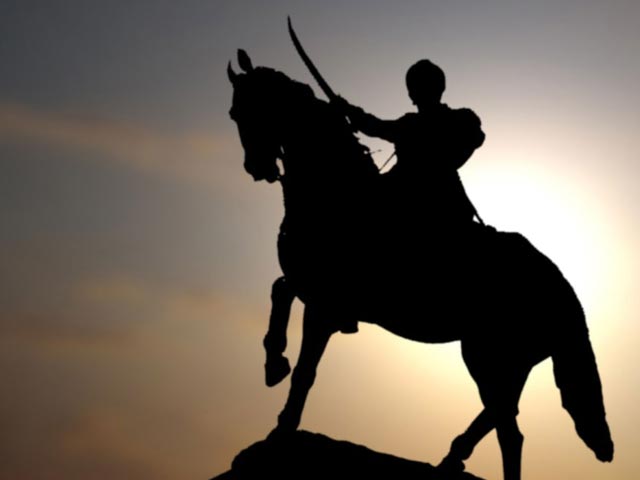 Shivaji Bhonsle started his journey as a small town boy and went on to become Chhatrapati Shivaji Maharaj- the founder and great king of the Maratha Kingdom. Shivaji was a legendary ruler in the history of India whose achievements both as a king and as a person are incomparable. As a defendant of his people, he successfully saved Hinduism from the attack and slaughter of the Mughals.

The Government of Maharashtra acknowledges 19 February 1630 as his birth date and thus, every year on 19th February we celebrate the Shivaji jayanti with great splendor and enthusiasm.

As India and particularly Maharashtra celebrates the 371st birth anniversary of its greatest leader, let us remind ourselves of what we can learn from his eventful and magnificent journey.

At one point, Shivaji was deceived and imprisoned by the Mughal king Aurangzeb. While Shivaji was under capture, Aurangzeb ceased and won many of Shivaji’s forts in the treaty of Purander. But Shivaji was a true warrior and he knew one thing for sure- to keep fighting. Eventually, he managed to escape from the prison and started his fight again. Surprisingly, he recovered most of his ports. All thanks to his bravery, war tactics, and his determination of never giving up.

Also when Shivaji began his journey, his father left him with just 2,000 soldiers! But ultimately, Shivaji worked hard and formed an army of 10,000 soldiers. This is a prime example of his resilience and willpower.

To Be Secular And Accept Everyone The Way They Are

Shivaji accepted and supported everyone irrespective of their religion. In a time when entire India was divided on the basis of various religious affiliations, Shivaji Maharaj led down a great example of how every religion can coexist in harmony. His fight was against the oppressors and not against a religion which is proven by the fact that he had several Muslims in his military ranks. In fact, Shivaji also had a lot of loyal Muslim friends.

While Shivaji was a very practical thinker and a clever warrior, he was also a great visionary. He never hesitated in ordering his army to fall back. He valued the life of his soldiers and knew the right time to attack and show valor. But then, he was also very conscious of the future plans for his kingdom. He established a Maratha Navy to save his kingdom from foreign invasion. He was called the ‘Father of Indian Navy’.

To Respect Women And Honor Their Position In The Society

Shivaji Maharaja was extremely intolerant when it came to disrespect and crimes against women. Any such offender used to be punished very strictly. He worshipped her mother Jijabai and claimed that whatever he had accomplished was an outcome of his mother’s teachings. He also took her advice in courtroom matters and never ever disrespected her.

Shivaji Maharaj’s laws were such that even the women of enemy households were treated with utmost respect after a war’s conclusion. This was unlike most rulers of that time.

Shivaji Maharaj was an exceptional ruler in the history of mankind. More than his accomplishments, he will always be known for his love and compassion towards his people and his country.

Meet The Man And His Furry Friends Who’ve Been Helping People...