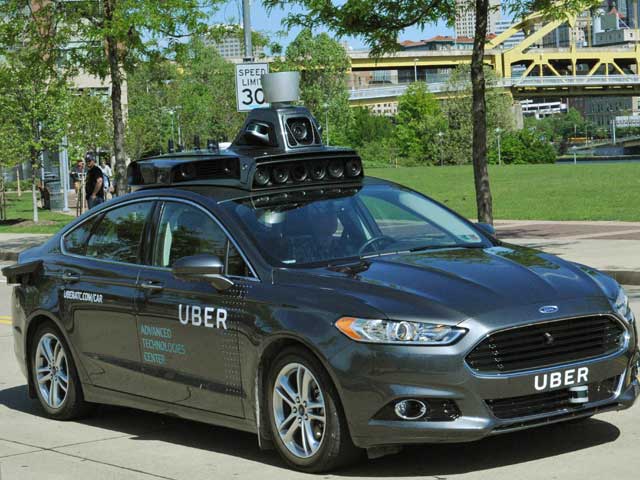 Remember how last week Elon Musk mentioned that he is scared of AI because he feels that very soon, the artificial intelligence that is being built by humans will actually take over every aspect of our lives, and kind of rule us?

On Sunday night, a self-driving car that was being operated by the cab rental provider Uber, struck a woman pedestrian and killer her in Arizona, United States. The car, that also had an emergency backup driver present behind the wheel, was operating on an automated mode, but the driver, 44-year-old Rafael Vasquez, could not manage to take over the vehicle and did not do anything.

The 49-year-old woman, Elaine Herzberg, was pushing a bicycle just across the street when the Uber car that was traveling at an automated speed of about 40 mph came and struck her down. Even after the crash, the car did not show any signs of slowing down and continued moving. The woman, who was taken to the hospital, died later.

For the past few years now, Uber and a few other car rental companies have been trying out the self-driving method, but this is the first time that Uber has actually brought out a car on the road that does not have a real human driving manning the vehicle, but instead relies of artificial intelligence and automated mode to operate the car.

As soon as the fatal incident occurred and news broke out, Uber suspended all its testing of vehicles in self-driving mode across the US, especially as the media came out with strong criticism. At the same time, Toyota and Volvo, which were also in talks with Uber about self-driving vehicles, have refused to come forth with any comments on the Uber self-driving incident.

The other self-driving vehicle incident that had turned fatal was in the year 2016 when a Tesla driver lost his life when his car, that was in a semi-autonomous Autopilot mode, got out of control.

With so much being talked about robots taking over and this becoming a perfect world where humans have all luxuries at their fingertips without really needing to do any physical activity, aren’t we actually handing over our lives to the computers? What if one fine day, AI decides we, the humans, are not really fit enough to be around anymore, what with our lesser intelligence, and decide to do away with us?

Ever thought about it?

Read Also: Why Is Elon Musk Scared Of Artificial Intelligence?

Here’s Why The People Of Denmark Are So Happy!