HotFridayTalks
Home Culture Why Are Muslim Women Paying Lakhs To Islamic Scholars For Having One...

This awful news has not only shook us but taken the nation by storm. Amid intense debates over triple talaq, IndiaToday TV exposed today morning that divorced Muslim women are charged anywhere between Rs 20,000 and Rs 1.5 lakh to participate in Nikah Halala; which is a practice that asks a woman to marry someone else, have sex with the him and get a divorce again only to remarry her first husband under personal laws. A number of religious scholars in India are asking to be paid for a one-night stand with Muslim women.

The investigation found many Islamic scholars putting themselves up for sale to women desperate to restore their broken marriages.

One of the exposed clerics was already married, though he was seen negotiating his role play as a husband for a night. ‘Will your wife object to it?’ asked a reporter who was posing as relatives of a fictitious divorced Muslim woman. ‘No, no. She won’t have any objection,’ he replied.

He proposed a package deal to the reporter for the entire service, including sex. He said, ‘It’s Rs. 1 lakh’, and guaranteed to issue divorce after spending a night with the bride for her to become eligible to go back to her first husband.

BJP spokesperson Gaurav Bhatia, a lawyer too, said, “I salute India Today TV for this story. Nikah Halala and polygamy, as triple talaq, are regressive. Sati is abolished. So should be these practices.” 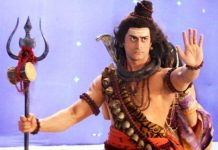 So You Need Incentives To Choose Your Government?