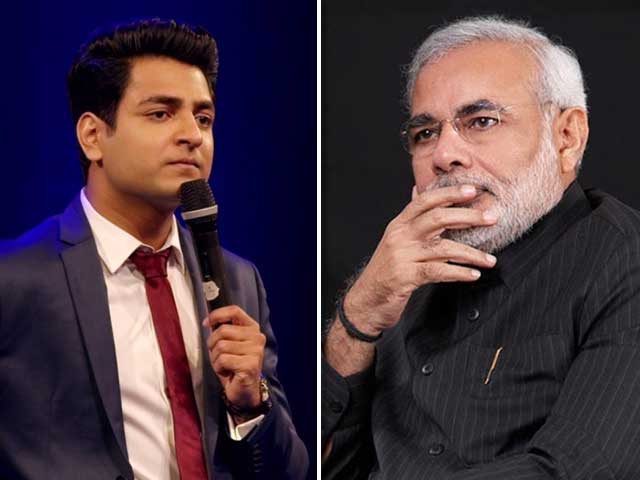 Even though politics is a favourite subject among Indians, and though his audience wants him to crack jokes on the politicians, in a recent video, Kenny Sebastian has said that he will not do so. For the simple reason that he is scared and does not want to end up in jail.

While there are many like Abish Mathew, who have managed to get away with political hints in their comedy. Even while explaining his reasons, Kenny managed to do what he does best. And at the same time, making it clear his jokes will remain apolitical.

This may be missing the scope for collaboration because both, Modi and Kenny, love chai. Kenny has a show dedicated to his love for tea. On #ChaiTime, he drinks tea with a love audience, and discusses some aspect of the tea drinking process. He makes it into an elaborate art.

Modi has always touted his love for chai. Right from his humble beginnings as a tea vendor to his Chai Pe Charcha. So much so that people started speaking of making tea our national drink. And yet, he seems to have created a formidable aura around him, what with his 56 inch chest, that instead of creating a perception of belongingness with the people, many fear speaking about him at all.

And yet, Kenny and Modi are poles apart when it comes to having a sense of humour. It is like Snape and James loving Lily, but still maintaining eternal hatred for each other. Between Modi and Kenny, Chai remains the Harry Potter of Indian beverages.

Kenny has decided to follow strict self-censorship because he feels that our politicians have little tolerance for jokes. In successful democracies outside, the President is expected to be roasted every year. While many standup comedians in India like Rahul Subramaniam and Kunal Kamra and groups like East India company take some jibes at the expense of the government, one wonders how many could take the dare of roasting Modi while the latter sits in the audience.

May be our politicians should learn to take their tea with a pinch of salt.

Festivities Before Diwali – Here’s How India Gets Ready For Diwali