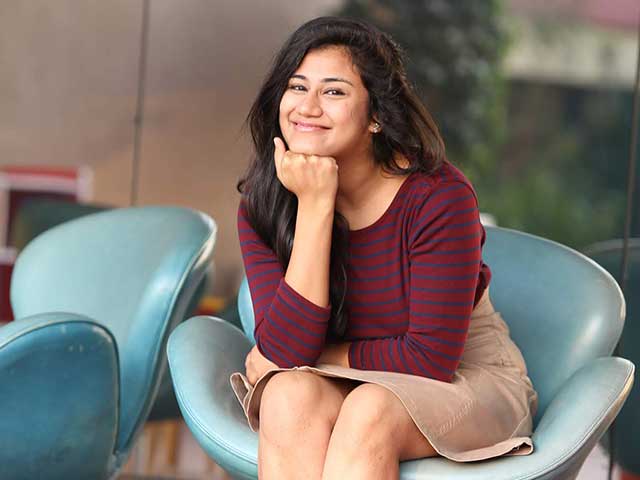 India being a tech and MNC hub now, plays host to several people from across the globe, who come and settle here for their professional commitments, just like we are often bound to settle at a foreign country where we don’t even know a word of their language! How many of us realize the plight of the foreigners at the bazaar or at the local shops when they try their hearts out to communicate to explain their needs if they do not know Hindi? Well, one such person among a few who understands is Pallavi Singh from Delhi, who has thus chosen a career in teaching Hindi as a foreign language since August 2011. This is what she shared with HotFridayTalks.com, about her career.

When asked, what made her choose this, Pallavi says, “If you look at my trajectory, anyone would be convinced that my job and line of work chose me instead of the other way around. From studying Science in Class 12th and then aiming for an Engineering Degree and then making a change of studies to Psychology… none of this could have predicted I would become a Hindi Instructor one day. I decided to do this business as this is the only profession which aligns with my positive strengths and resonates with the integrity I hold in my outlook and in dealings with people.”

It was of course not what Pallavi had aimed at from a tender age, and had to “carve” her way through it. However, “Life kept on nudging me till I totally embraced being the ‘Hindi Instructor’” says Pallavi.

It was obviously not a smooth sail for an unconventional profession of this sort. As Pallavi puts it, “Dealing with the stereotypes every Indian is pasted with – being unprofessional, being late, being “okay” with delayed payments or less pay or worse – none at all. Initially people frequently asked for “discounts” and “bargains” and I could sense a lack of faith as there is constant fleecing that happens all the time. I had to overcome all of that and garner faith.”

Regarding the importance of Hindi as a language for people outside India, Pallavi says, it is subjective. “If you’re living in Israel and you were told to go work in New Delhi, India for the next 2 years, then yes, Hindi arises as a matter of interest for you among other things. Bollywood films sure have an outreach and so do Politics but that is only for people who are keen and are into it. Generally speaking – India’s major globally recognised and sold products are Yoga, Cinema and Tech Services, unfortunately Hindi is not on that list yet” she says.

“My independence – financial and career-wise in a field I self-created. I understand not many people get to do that. That is empowering. I choose my own hours and my own schedule. I deal with difficult clients without having to “ask the boss” first. It’s liberating. I earned a livelihood. I did me. And I succeeded.” says Pallavi elated at her successful career choice.

Pallavi has also shared a beautiful message for our readers. “I saw in one of the Interviews by Mr. Sunil Chhetri and I condone what he said – do not support a person when they are successful and scouted for – support them when they really need to be. And it applies to all fields. India needs to learn to spot talent and nurture it in its formative years, unless that happens, India would never fully become an Inventory of utilized potential and sadly would always remain “full of (underutilized) talent-hub” she says.

We need more such brave and determined souls like Pallavi for India’s brighter future. All the very best from us to Pallavi Singh!

Jameel Gulrays Speaks About The Timeless Stories Of Manto