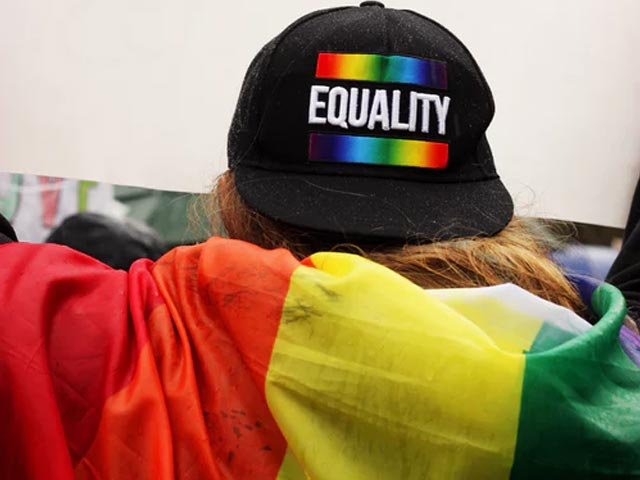 One of the most common ways of addressing the broad spectrum of sexual orientations is the acronym LGBTQ, referring to lesbian, gay, bisexual, transgender and queer communities. While the acronym received widespread acceptance and was even easy to remember, a lot of people were unable to define themselves on the spectrum of sexualities provided by the LGBT acronym.

And hence, as of today you will find acronyms like LGBTQIA, “I” stands for “intersex” and the “A” for “asexual”, getting more and more popular. In fact, there is also LGBTQQIP2SAA. The extra letters stand for Q: Queer, Q: Questioning, I: Inter-sex, P: Pansexual, 2S: Two Spirit, A: Asexual, and A: Allies.

Even after such a long and difficult to remember acronym, people find new letters to add on it every other day. Because the truth is that there can never be an acronym covering every possible sexual orientation.

A lot of people in the community believe that either the 4-lettered acronym LGBT or just the word Queer should represent the entire community. They argue that this community has fought very hard against labels and thus, it gives out a wrong message when people within the community do not accept their differences and fight for the very labels they have historically fight against.

Sexuality has many forms and many ambiguities which makes the process of giving each and every orientation an identity a challenge. The best that can be done is the use of one umbrella term for the entire extended minority and give them a respectable identity.

On the other hand, there are those in the community who stress on the “need to be recognized”. According to them, even after LGBTQQIP2SAA there are quite a few groups who are left unrecognized. Such groups include but are not limited to- neutrois, polyamorous, agender, cross-dressing and so on.

In fact there is also an argument to include those with disabilities, those who have historically faced racial discrimination, and even those who are living in poverty.

While one section believes that such extensions of the acronym only reassert our internal differences, others believe that this practice will only help everyone become more and more sensitive to each other’s differences.

There is one more school of thought within the community that is the most interesting one. As per their principles and belief, there shouldn’t be any label at all. Not LGBT, not LGBTQ, and not even a single word Queer. In fact, these are the people who want to challenge the society’s need to label a person has male, female, gay, straight, trans and so on. According to them, the very concept of Gender as well as sexuality is fluid and thus, the need of label shouldn’t even arise.

Although, it is difficult to explain how a society would operate without any label at all.

At the end of the day, everyone in the community wants to make this world more inclusive and kind for its people. The most important aspect of the above discussion is to avoid any manipulation and made-up narratives from pitting the community people against each other.

As far as I am concerned, I am an ally. I understand that it is not my place to express any opinion on this matter. Which is why, I have reduced my article to stating what the people within community are talking about! None of the above paragraphs contain my personal thoughts and I am myself strictly against any form appropriation.