HotFridayTalks
Home Culture Who Is Jagmeet Singh, And Why You Should Know About Him 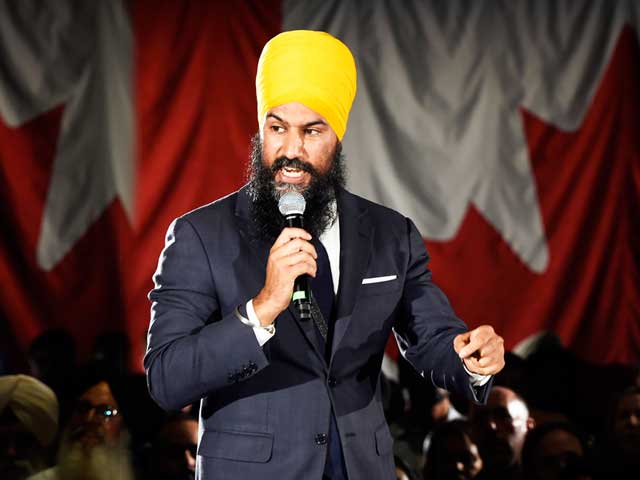 Do you remember a recent video of a Sikh man with a bright yellow turban being heckled by a white woman? And how he calmly handled the hostility? Well, that was Jagmeet Singh for you.

While the woman abused him for Shariah, she was uninformed that Jagmeet Singh is Sikh, and Shariah refers to Islamic faith. But he calmly reminded her about the message of love and courage.

And that is the most important thing to remember about Jagmeet Singh. A Member of Parliament in Canada, and the first non-white to lead the largest majority party there, he is speculated as the next Prime Minister in Canada.

He was voted over three competitors with 53.6% votes to lead the party, New Democratic Party (NDP) and run against the current PM Justin Trudeau in the upcoming 2019 elections.

As a child, he faced bullies and discrimination, which has made him more sensitive to issues of unfairness and injustice. He had to learn martial arts as a kid to defend himself. In his race for the post of PM, he has to face additional obstacles that come with religion and skin colour.

Jagmeet Singh is also a strong advocate of LGBT rights, champion of rights or people of colour and has fought for religious exemption for turban-wearing Sikhs from helmet laws, focuses on climate change and electoral reform.

Unfortunately, he does not have very cordial relations with the Indian government due to his vocal critics against the anti-Sikh riots and genocide in 1984, following Indira Gandhi’s murder by her Sikh guards. The chapter remains a dark mark in Indian post-independence history.

In 2013, he became the first ever sitting member of the Western Legislature to be denied visa to India, as he was considered a persona non grata. He was scheduled to visit Amritsar for an awards ceremony organised by two NGOs and receive the Sikh of the Year award, when the Indian government denied him visa.

Naturally, with this history, a victory for Jagmeet Singh might mean strained relations with Canada, with whom India shares a great bilateral relationship for these many years. With the largest Indian diaspora in Canada, the balance may shift to rough waters with his win.

Will It Be A Green Diwali In Mumbai This Year?