HotFridayTalks
Home Culture “How Dare You?” And Other Famous Quotes By The 16-Year Old Climate... 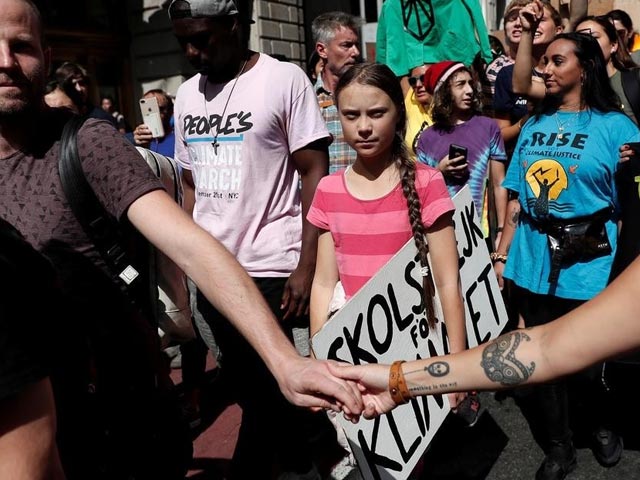 Greta Thunberg is a Swedish activist who, at age 15, took time off school and began protesting outside the Swedish parliament in August 2018 about the need for immediate action to combat climate change. Another global climate strike patterned on her methods is set to begin on September 20.

Recently, Greta Thunberg also received the Right Livelihood Award. Her efforts and activism has led to widespread awareness and has motivated people to raise their voices and demand immediate climate action. In a recent UN climate summit on 23rd September, Greta gave a moving speech related to climate change and the ignorance of politicians all around the world. She has always been very vocal about the climate change issue and here are few of my favorite quotes by her-

At United Nations COP24 Climate Summit in Poland during December 2018, she said-

“For 25 years, countless people have come to the U.N. climate conferences begging our world leaders to stop emissions, and clearly that has not worked as emissions are continuing to rise. So I will not beg the world leaders to care for our future, I will instead let them know change is coming whether they like it or not.”

Another one of her very inspiring quotes goes like this- “Many people say that Sweden is just a small country, and it doesn’t matter what we do, but I have learned you are never too small to make a difference.”

A lot of us often end up doing nothing about a cause we care about because we think we cannot really make a difference. But Greta here has said and also proved that you are never too small to make a difference. Do whatever you can and eventually, the change will come.

At an Extinction Rebellion protest in London, she said- “For way too long, the politicians and the people in power have gotten away with not doing anything at all to fight the climate crisis and the ecological crisis, but we will make sure that they will not get away with it any longer.”

It just shows how deeply she understands the urgency of action needed in context of climate change. And it is time we understand that as well!

There are many other quotes and many other speeches by her to learn from and get inspired by. But the whole point is that it’s time we woke up and did something. We have to, before it’s too late.